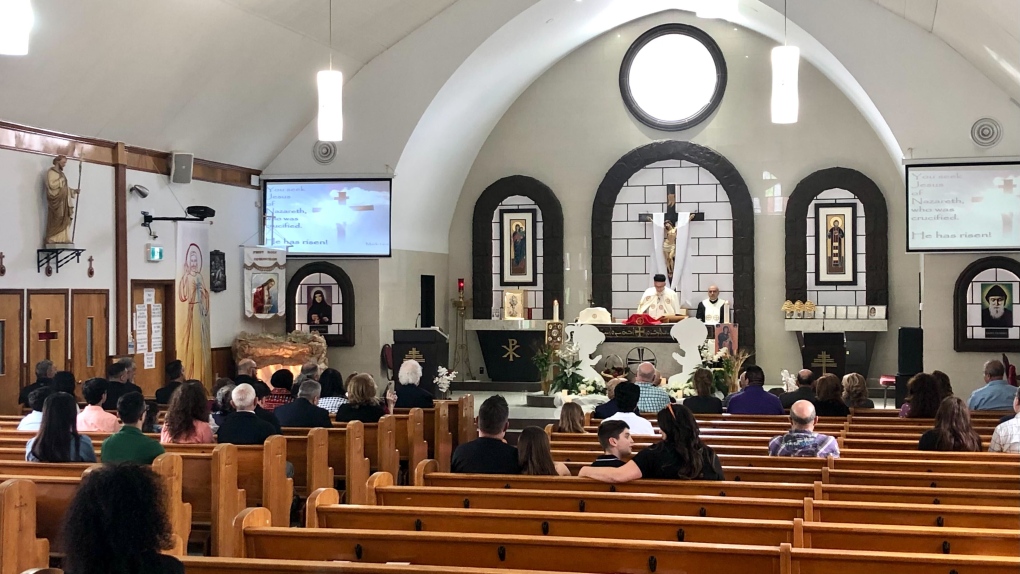 A Memorial Mass was held in Edmonton on Sunday to honor and commemorate a prominent Palestinian journalist killed by Israeli forces earlier this month.

Shireen Abu Akleh, 51, was a household name in the Arab world, revered for his coverage of Palestinian life under Israeli rule for the Al Jazeera satellite channel for the past 25 years.

On May 11, she was shot dead in an Israeli military raid in the city of Jenin. Journalists accompanying him at the time discovered that Israeli forces had fired on them when they were able to identify the group as journalists. A Palestinian Authority investigation into the incident confirmed eyewitness accounts.

Israel has dismissed the findings of that investigation, with the country’s Defense Minister Benny Gantz calling them “a blatant lie”.

Joe Hak, a spokesperson for the community, said the Mass in Edmonton was held at Our Lady of Good Help Maronite Catholic Parish to help raise awareness of Abu Akleh and offer those who followed or knew of her coverage personally a chance to grieve.

“The martyrdom of Shireen Abu Akleh who was murdered by the Israelis really shook the whole world,” Hak told CTV News Edmonton.

“The whole world is connected to Palestine, and the Palestinian community here, we have people who were its neighbors here,” he added. “We believe it was targeted specifically because it showed that Palestinians were under brutal attack on a daily basis.”

As many around the world focus on Abu Akleh’s death, Hak said it was important to remember the broader conflict that continues between Israel and the Palestinians.

“She is not the only martyr in Palestine. Every day they kill Palestinians, young, old and women,” he said. “She was always trying to promote peace.”

“It’s so important for the whole world to know about Shireen Abu Akleh.”


With files from The Associated Press