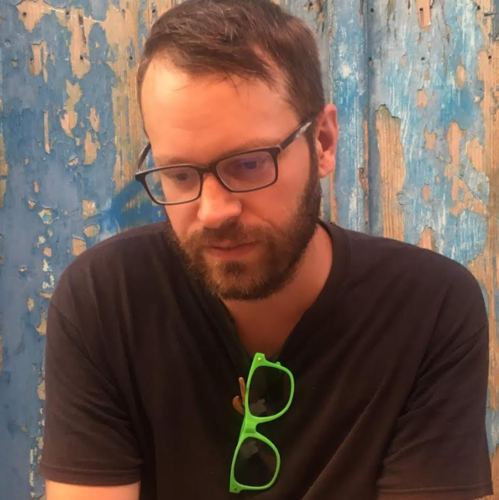 As part of Western Connecticut State University‘s Macricostas Lecture Series, professor of philosophy and poet Dr. David Caps will present “The poetic (re)fractures of myth: themes from Antiquity” via Zoom at 12:30 p.m. on Friday, April 29.

Capps, a resident of New Haven, earned his doctorate. in Philosophy from the University of Connecticut and MFA in Poetry from Southern Connecticut State University. His research focuses on topics of analytical epistemology and the interactions between philosophy and poetics. A lecturer at WCSU, he is the author of three collections: “Poems from the First Voyage” (The Nasiona Press, 2019), “A Non-Grecian Non-Urn” (Yavanika Press, 2019) and “Colossi” (Kelsay Books, 2020).

Describing his speech, Capps said, “Art teaches us to see; dance teaches the sculpture of the body in movement; the poetry of myth – expressed in flash fiction, free verse, short story and other literary forms – keyed to the Burden of Sisyphus, the Pride of Tithon, the Lament of Persephone, the Tragedy of Icarus, we gives a sense of universality to the center of the ancient Greek world — without suffering the impersonal posture of philosophical approaches.

Dr. Anna KouremenosMacricostas Endowed Teaching Fellow at WCSU Department of Philosophy and Humanistic Studiessaid of Capps’ upcoming lecture, “David’s poetry and prose illuminate various aspects of Greek history and culture and its impact on the modern world – both central to the Macricostas experience. He has published on a variety of subjects that deal with Greek myth, history and culture, including poems and prose on themes such as the fall of Icarus, the fate of Sisyphus (written, interestingly, from the perspective of the rock) and translations of the famous “deathbed poem” by Philhellenic Roman Emperor Hadrian.

Capps’ talk will be presented by WCSU Macricostas School of Arts and Sciences as part of the series of lectures sponsored by the foundation of Brookfield industrialist and philanthropist Constantine “Deno” Macricostas and his wife Marie.

Graham Linehan: The team behind Father Ted are trying to ‘disassociate’ the writer from the program