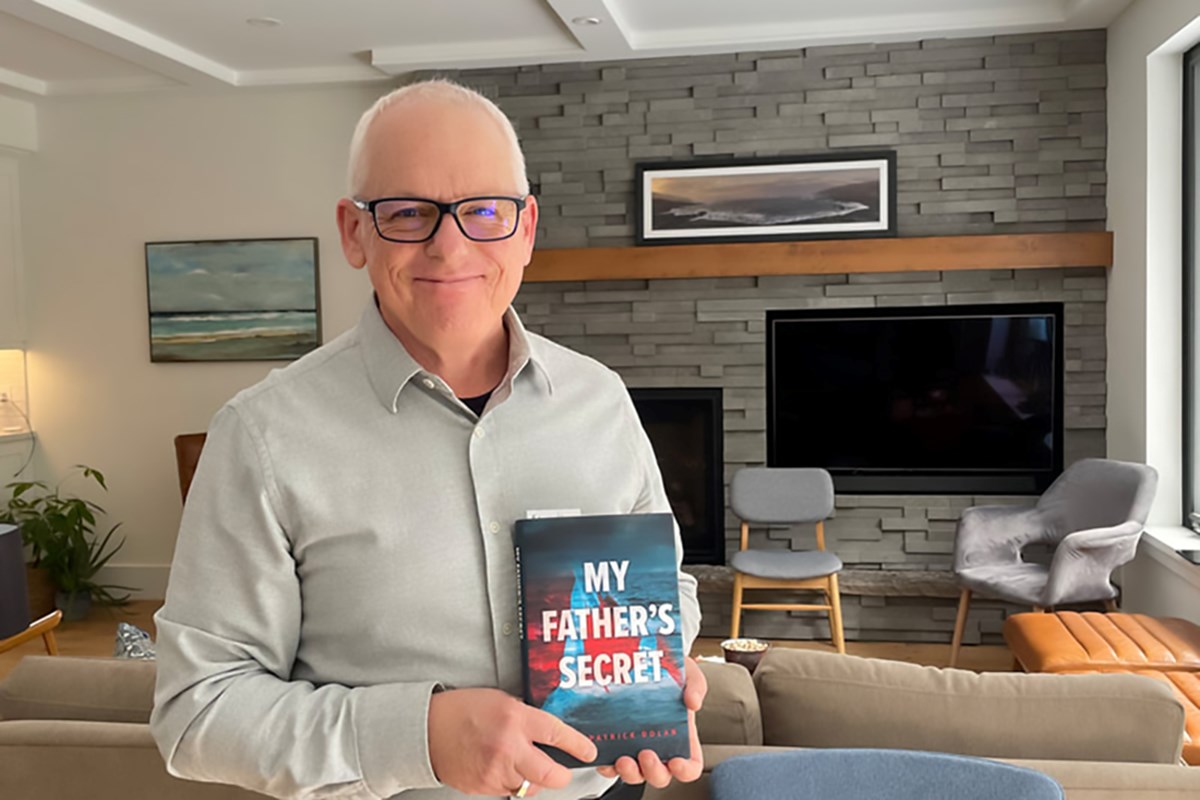 “It’s historical fiction, inspired by the Air India tragedy and investigation, and written in the thriller genre,” says local author of My Father’s Secret

It has been nearly 37 years since a terrorist plot shot down a plane leaving Montreal, killing 329 people.

The true story of the Air India Flight 182 bombing in 1985 is what set Sean Patrick Dolan on the path to writing his first novel.

Dolan, who now lives in Thornbury, remembers the day vividly, as June 23 is his birthday, and also the anniversary of the worst terrorist attack in Canadian history.

The Flight 182 bombing remains Canada’s largest one-day massacre and was the deadliest act of air terrorism until the September 11, 2001 attacks.

Of the 329 people murdered in the attack, 268 were Canadian citizens. There were 86 children killed. The bomb came from Canada, loaded onto the plane in the luggage at the Montreal airport.

Media at the time say the plane “disintegrated” off the coast of Ireland when the bomb went off and 131 bodies were recovered from the ocean.

“The reaction to the Air India event has always bothered me,” Dolan said. “The media covered the attack, but I did not have the impression that there was a national mourning for the victims. This has always been treated as a South Asian tragedy and not a Canadian tragedy.

There has since been a government apology (nearly 25 years later) and a memorial erected on Canadian soil. There was a public inquiry into the events and the investigation, which many said was, at best, “troubled” by “critical errors”. Although more serious rumors have been circulating. Evidence was presented at public trials and the inquest indicating that there were early signs of a threat.

Dolan spent 30 years as a teacher – 20 in the classroom, 10 as a guidance counselor – and said he often asked students to name the worst Canadian terrorist attack in history. None of them named the bombing of Air India Flight 182 by Canadian Sikh extremists.

“I don’t think the Canadian public ever accepted this as a Canadian tragedy,” Dolan said. “I think as a collective we need to own the tragedy and not relegate it to a footnote. There should be more recognition of a time when we really failed as a nation.

Around 2005, Dolan started having an idea for a book.

“I thought, ‘What if you told the story from a different angle, would people react differently?'” Dolan said.

Her debut novel, recently self-published by Friesen Press and written during the COVID pandemic from Dolan’s home in Thornbury, is about a terrorist attack in similar circumstances, but involving Irish-Canadians.

“I don’t think I have any writing activity from a South Asian perspective, so I took the Irish perspective,” he said, noting that his ancestry is Irish.

His book begins with a deathbed confession from a father to his son. The father, an RCMP Security Service officer, tells his son he knows who landed the plane and asks his son to follow a trail of evidence left by the father. So the book is called My father’s secret.

The book oscillates between the son’s investigations with the help of a journalist in 2003 and the terrorists plotting the bombing in the 1970s. It features scenes in Toronto, Georgian Bay, and a cottage in Craigleith becomes a place important.

My Father’s Secret reflects much of what happened to Air India Flight 182, from the characters to the “big misses” of the investigation.

“It’s historical fiction, inspired by the Air India tragedy and investigation, and written in the thriller genre,” Dolan said.

He is happy with the book and the reviews so far, and hopes people will enjoy reading it.

More important to him, however, is his goal that the book pushes people to revisit the true events of the Air India Flight 182 bombing and the “utter disaster” of the investigation.

My Father’s Secret is available online where the books are sold.

You can find more on the Dolan website here.

Baubali politicians on a limb in UP polls, parties now prefer their wives and sons