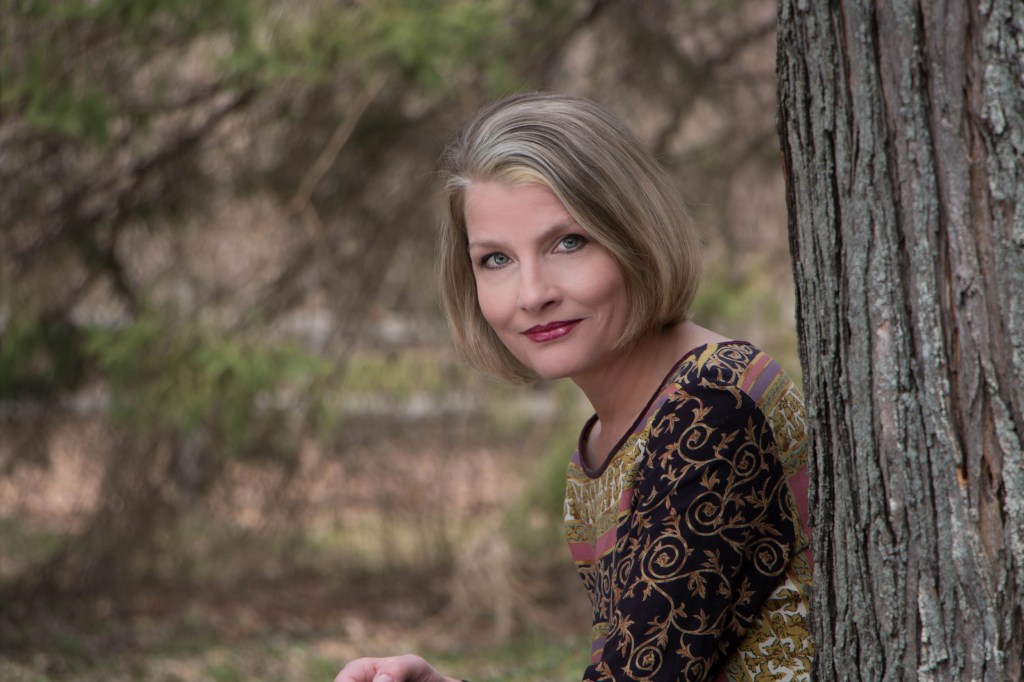 OKAY. Don’t complain, but it’s time to put that stack of fall TBRs aside, as the late winter and early spring books arrive and the former provide a glimpse into a great fictional season. . There are second books in the PJ Tracy and Ben Percy series, a new John Sandford spin-off, a few debuts, the last in the Larry Millett series starring Sherlock Holmes in the Midwest, and Garrison Keillor returns to the Wobegon lake. Award-winning mid-level writers Brian Farrey and Kelly Barnhill spin fantasies.

These are the first titles of the new season, but there will be more to come as we experience this strange COVID winter.

PJ Tracy, pen name of Traci Lambrecht, became a best-selling author when she and her late mother, PJ Lambrecht, wrote the Monkeewrench Mysteries about a group of computer geniuses who worked and lived in Saint-Paul .

Last year, Tracy launched a new series with “Deep Into the Dark”. Set in Los Angeles, where she lived for 10 years, the series stars LAPD Detective Margaret “Maggie” Nolan, who dislikes most people. Among Tracy’s carefully drawn characters is Sam Easton, a combat vet whose face was disfigured in a car bomb. The novel received critical acclaim.

Now Maggie and Sam are back in “Desolation Canyon”. Maggie struggles to move forward after her brother’s death in Afghanistan and must kill herself in the line of duty. When the body of a successful international lawyer is found beneath the surface of Swan Lake in the luxurious Bel-Air Hotel, Maggie and Sam scramble to find the culprit, facing a sinister cabal that could destroy Maggie and everyone else. that she likes.

“Geographies of the heart” by Caitlin Hamilton Summie (Fomite)

Caitlin Summie has won awards for her “To Lay to Rest Our Ghosts” collection of stories. His first novel, â€œGeographies of the Heartâ€, was inspired by three stories from this collection.

In the new novel, Sarah Macmillan feels lonely for her career-conscious and inattentive younger sister Glennie, even though women have a tumultuous relationship. Sarah is married to a man whose compassion and humor she admires. Then a decision forces them to decide what family means.

The author writes on Facebook that the novel will launch on January 20, but details are still being worked out.

Nagamatsu is a Japanese-American writer who teaches creative writing at St. Olaf College in Northfield. He is the author of the award winning collection of stories “Where We Go When All We Were Is Gone”.

His new novel is speculative fiction inspired by personal loss that Nagamatsu has been working on for over a decade. it spans lifetimes and centuries, focusing on emotional responses to a world in crisis, in loss, and in what makes us human.

From a “proud graduate” of Carleton College in Northfield, here is a first collection of short stories that are creating a buzz among booksellers. Her humorous stories combine weirdness and comedy: Adultery is haunted by the ghost of a Great Awakening preacher, a seafood restaurant gets a bad Yelp review, and women undergo transformations to get revenge on their stalkers .

Percy presents the second in his new series with “The Unfamiliar Garden”, which is part of his sci-fi series The Comet Cycle in which a comet called Cain left debris through which the Earth sped, causing the fall of meteors in the atmosphere, destroying bands of electricity grids and leaving the shores of beaches filled with dead marine life.

In the new novel, Mia Abernathy disappears into the woods amid this destruction of Earth. His disappearance breaks the already fragile marriage of his parents, Jack and Nora. Jack, once a rising star in biology, is shattered and Nora gets lost in her homicide detective work.

Five years later, the rains have returned to Seattle and Jack discovers evidence of a new parasitic fungus as Nora investigates several brutal ritual murders. Soon they will be brought together by a horrific bond between their findings.

(Percy will launch his book at 7 p.m. on Tuesday, Jan. 4 at Content Bookstore in Northfield. He writes on Facebook that this novel, a 10-issue Wolverine event, and his first movie are all coming out in January: “I doubt I’ll have one. another month where so many things that are creatively important to me line up. â€(Wolverine refers to his series for Marvel comics.)

“Men in my situation” by Per Petterson (Graywolf Press)

The author of the award-winning film “Out Stealing Horses” tells the story of Arvid Jansen, unable to deal with the grief of losing his parents and brothers in a ferry accident and, soon after, the end of his life. marriage. When his ex-wife calls to come home from the train station, he has to face the life she and their children have lived without him. Then her favorite daughter has a seizure and holds out her hand. Translated from Norwegian by Ingvild Burkey.

Keillor, former host of the public radio show “A Prairie Home Companion,” continues to write. He describes this latest escapade in the little town forgotten by time as follows: â€œin which the writer returns to his hometown of Lake Wobegon for a funeral, finds the city booming, recalls an old love story, s ‘sits at the bedside of an old friend. dying with humor and grace, and in the process rediscovers the goodness of his long-standing marriage to the mysterious Giselle.

Keillor wrote this novel during the pandemic lockdown in New York, reading drafts to his wife, Jenny, and made parts of the book into monologues for audiences in several states.

St. Paulite Deyoung won a Minnesota Book Award for her first novel, “The Exo Project”. His new thriller centers around Jacob Elliott, who doesn’t want a temp job in the mailroom at Delphi Enterprises, but after two unpaid post-graduate placements living in his parents’ basement, he needs of work. From his first day on the job, the unthinkable happens; poison gas kills all regular employees, leaving Jacob stranded inside the sprawling office complex with other survivors. They team up to create a culture until something happens that prompts them to uncover the truth about the mysterious company that employed them and the apocalypse that ended their world.

“The Investigator: A Novel by Letty Davenport” by John Sandford (Putnam)

Best-selling author John Camp, who writes under the name John Sandford, has written 31 books in the Prey series starring US Marshal Lucas Davenport, and 12 in the Virgil Flowers-focused spin-off. Now he’s started another spin-off on Davenport’s bright and tenacious adopted daughter, Letty, first introduced in 2003 in Davenport’s thriller “Naked Prey”.

Letty, who is 24, should appeal to a new generation of Davenport fans. She was ready to follow in her father’s footsteps and saw more action and uncovered more secrets than many law enforcement professionals.

Recently graduated from Stanford with a Masters in Economics, she works for a United States Senator who offers her investigative work in conjunction with the Department of Homeland Security. She’s tasked with finding out who is stealing crude oil from big Texas companies. Where is the oil sold and what do thieves do with the profits? Could it be a militia led by a woman known only as Lorelai who set in motion an explosive and murderous plan?

Award-winning Noor Naga is an Alexandrian writer who teaches at the American University in Cairo. In her first novel, published by a Minneapolis-based literary press, an Egyptian-American woman and a man from the village of Shobrakheit meet at a Cairo cafÃ©. He was a photographer during the Arab Spring Revolution, she is the daughter of immigrants “returning” to a country she has never been to before. In this dark romance, they fall in love and he moves into his apartment. But soon their desire – for each other, for the self they want to become through the other – takes a violent turn.

In Larry Millett’s ninth and final Shadwell Rafferty Mystery, part of a Millett series starring Sherlock Holmes in the Midwest, Detective Rafferty is killed, bringing Holmes and Watson to Minnesota from Chicago to hunt down the killer of their friend.

Set in St. Paul in 1928, Holmes draws closer to the last fatal investigation of Rafferty and the man’s killer. This double mystery takes readers to every corner of St. Paul, from a notorious underground bar to a home for single mothers to the mansions of Summit Avenue.

Millett, former journalist and architectural writer for Pioneer Press, is the author of 20 books. Among his architectural books are â€œLost Twin Citiesâ€ and â€œMinnesota Modernâ€, winner of a Minnesota Book Award.

Farrey, a two-time Minnesota Book Award winner and author of the Stonewall Honor, focuses on time in his new novel. Time is running out in the Rheinvelt Empire, where the sudden appearance of a strange and frightening statue announces darkness. Magic users have fled the land, and dark beasts from neighboring territories congregate near the borders, preparing for an attack. Young Prince Alfonso is sent by his mother empress to reassure the people as she strives to quell the threat of war. But the prince has a secret of his own; he’s got a clock in his chest where his heart should be, and he’s started to back away, counting to his unknown fate.

“The ogress and the orphans” by Kelly Barnhill (Algonquin Young Readers, March)

Barnhill, winner of the Newbery Prize (“The Girl Who Drank the Moon”), tells us the story of an ogress, a family of orphans, a dragon, and a once charming and once well- beloved, Stone-in-the-Glen. The mayor, a self-proclaimed dragon slayer, believes he is the only one who can solve the town’s problems and blames his woes on a kind ogress who lives on the outskirts. When one of the children of the orphan house goes missing, the mayor calls attention to the ogress, but the orphans know she can’t be the bad guy.

The author says that this book, which started out as a short fairy tale, grew out of the chaos, rage and bewilderment that she, like many of us, has felt in our country lately. How, she wondered, could we get so mean to each other? Was all hope of collaboration and cooperation forever lost?