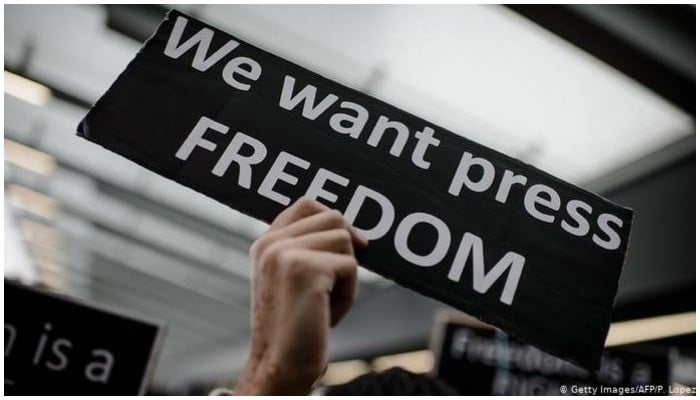 Several high-profile Pakistani journalists have expressed concern over the decline in freedom of information in Pakistan and said journalists are primarily affected by fake news.

The comments were made during a webinar titled â€œCombating Disinformation and Supporting Independent Media in Pakistanâ€, hosted by Global Neighborhood for Media Innovations (GNMI), a non-profit organization in Karachi.

Speaking about the Right to Information Act (RTI), senior journalist Wajahat Masood said the state should ensure its implementation.

â€œOur state made several laws simply because it needed the favors of international orders. The intention behind this was not to implement the law, â€Masood said.

â€œI was a very happy person when this RTI was introduced, but I came to the conclusion that the state operating in secrecy now wanted to give us access to information. However, our misunderstanding has been lifted.

Masood also said that barriers to accessing information are unrelated to the digital age as it has a long history and is linked to state power politics.

He also said the media had been used in the past for political and personal gain. Speaking of the increase in censorship, he said, â€œPakistan’s mainstream media has become PTV 2.0.

Kunwar Khuldune Shahid, journalist and columnist, said that one of the roles of the media is to filter out excessive information, however, power structures do not allow journalists to do this in their own way.

â€œThe role of a journalist has changed in the digital age. The media are no longer just limited to accessing and sharing information, but also filtering out excessive information, â€Shahid said.

“Unfortunately, in Pakistan we have a fixed model dictated by the powers that be, where information has to adapt to a predetermined reality and not the other way around.”

Moving the conversation forward, broadcast journalist Nayyer Ali said there was a need to ensure the implementation of RTI in its true sense. She also discussed fake news and its use on social media to build an agenda against journalists.

â€œJournalists are the main target of fake news. Even those on social media are talking about fake news who don’t know what it is, she said, adding that a narrative is being built against journalists on social media using the term “fake news” “

Presenter and analyst Urooj Sayyami spoke about the effect of breaking news on the news and reporter’s credibility and explained how her previous organization forced her to produce more breaking news.

She said organizations should release journalists from the pressure to produce more information to ensure the authenticity and credibility of the information.