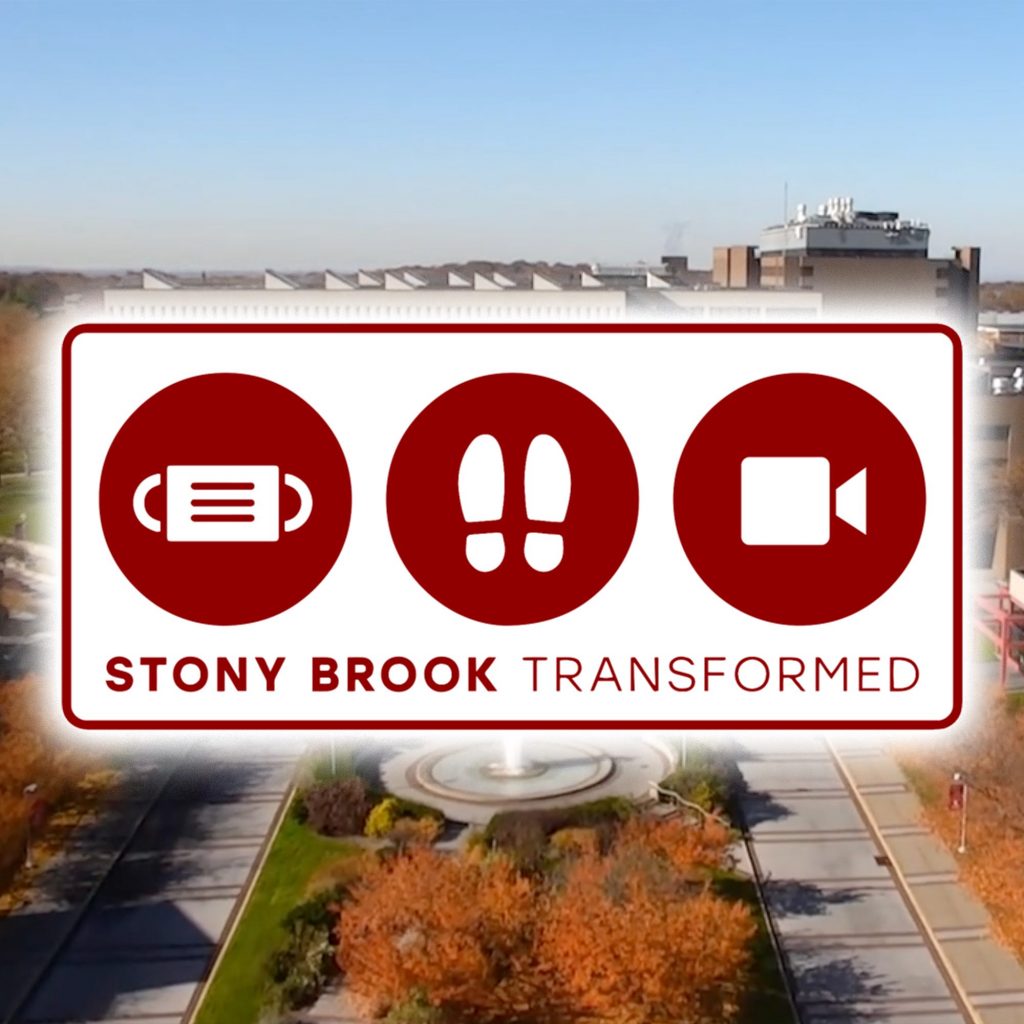 journalism students tell the story of the Stony Brook pandemic |

The pandemic hit Long Island early and hit the region hard. Stony Brook University and Stony Brook Hospital have played an important role in helping the community adjust and adapt. As doctors, nurses, and medical staff came together to treat the sick, the university shifted all educational and most research activities online.

Stony Brook’s journalism students have also stepped up a gear. About 30 students have spent the past 10 months reporting on the shared experiences of the Stony Brook community.

Their report – 45 stories, including podcasts, videos and an interactive timeline tracing the evolution of the pandemic – is now available on a student-designed website, Stony Brook transformed.

â€œOur students told stories about what was happening at the University, the hospital, and Stony Brook research laboratories, capturing moments of triumph and tragedy as the coronavirus swirled around us, â€said Irene Virag, associate dean of the School of Communication and Journalism, which oversaw the project. â€œThey recounted how the students kept campus life online and struggled with the emotional toll of the pandemic and how some of them shifted their career goals to go into healthcare fields. They told stories of professors who embraced Zoom and how the gender gap has widened for women in academia. They told the stories of researchers who used supercomputers and artificial intelligence and studied the noses and sewage of bats to uncover the secrets of the virus. And they recounted the dark days and long nights of nurses just doing their job. “

The project started with an idea from Rick Ricioppo, assistant professor of practice, to document the pandemic at Stony Brook. The idea came to life in the summer of 2020 when Virag, Ricioppo and journalism professor Terry Sheridan, chief information officer of WSHU, an NPR affiliate with offices on campus, worked with a small team of students to think about the possibilities of stories and lay the groundwork. with the initial report and research. The project was picked up in the fall semester by the school’s three advanced digital journalism classes to collaborate and connect their reporting. Work continued in the spring in the upper reporting classes of Virag and Sheridan.

â€œWhen we were writing about the university and the hospital, some people found it very difficult to get in touch with sources. If we hadn’t had this collaboration, we wouldn’t have had so many great stories, â€said Sabrina Liguori, who graduated in May after working as a teaching assistant for Virag and writing a story on a Stony Brook’s nurse. â€œEveryone was wondering how are we going to make this work? It wasn’t about competing for the best quote. It was about telling each story the best we could.

Rather than having to report, write, edit, and categorize stories on traditional timelines of days or weeks, students were able to dive deeper and evolve their stories as the pandemic progressed.

â€œAt the beginning, a lot of researchers said, it’s not done, it’s not going to happen for a while. It was just a matter of following the sources, â€said Joseph, who designed the logo and wrote the opening essay as well as several stories In regards to Stony stream researchers. â€œI followed my sources and made sure the story was still relevant. It was nice to be able to take these radical, fully formed ideas and say that this has been developed and is being implemented right now.

Students also had to conduct all interviews remotely, complicating their reporting efforts.

â€œI’m especially proud of the students because they had to report the stories under COVID security restrictions,â€ Sheridan said. â€œWhat would have been an easy interview to book and conduct before COVID has become more complicated. But they have adapted.

Once the report is complete, Joseph, Liguori and another graduate, Louis Pagillo, spent most of their summer building the website together. For all three of them, the website was part frustration, part labor of love.

â€œI had to remind myself that I had to finish this; it was the voice of the journalist in me saying this story is important and needs to be heard, â€said Pagillo, who did a story on a researcher who modeled the coronavirus. â€œI hope that the site will be more recognized by researchers and people on campus in general. You hear about the results of this research, but you never hear from the people who have done it. Being able to hear directly from these researchers and tell their story about what they were working on was important to me. People should know what they did.

Stony Brook Transformed was supported by the MJS Foundation, which has previously supported in-depth journalism projects including the award-winning project Slavery on Long Island and the Pine heath project.

â€œIt’s our story. This is a great thing. I think it’s really cool that as journalism students we got to tell this story, â€Liguori said. â€œIt’s not just something that’s like, ‘It’s a story I did when I was a student.’ It’s like, ‘No, I covered this important event.’ “

As Virag said, â€œThis pandemic is perhaps the greatest story of their generation. And they covered it – even as they experienced it.

A Q&A with Daniel Mason: Combining psychiatry and writing

“Genie” is a myth