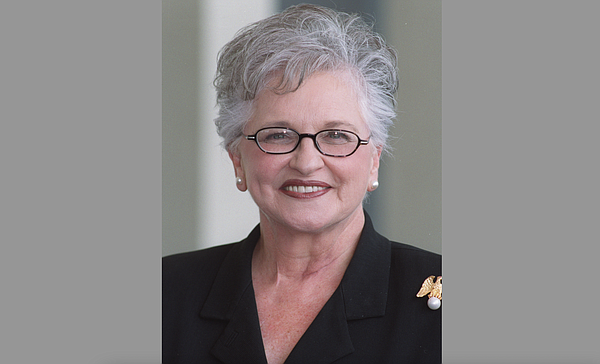 The Arkansas Democratic Party tweeted that the state had lost a “true legend”.

“His grace, kindness and passion have made our party and our state a better place to live,” the post reads.

Fisher was born Dec. 31, 1941, as Jimmie Lou Cooper to Joyce Nutt Cooper, a former basketball player and educator, and Tollie H. Cooper, a high school basketball coach, according to the Arkansas Encyclopedia of Central Arkansas. Library System. The eldest of five children, during her childhood, Fisher’s family moved to five towns in Greene and Faulkner counties while her father worked as a school superintendent.

She got her start in politics after being elected Treasurer of Greene County in 1970 and serving four two-year terms in that position. However, according to the encyclopedia, his friendship with a young Bill Clinton while campaigning for Congress launched his political career in the state.

In 1980, Fisher ran for Arkansas State Treasurer and won. As the second woman from Arkansas to be elected to a state constitutional office, she served in that office for 22 years.

President Clinton said in a statement that Fisher loved Arkansas and Arkansas loved him back. He said he would always be grateful for her kindness and generous heart.

“I will always remember that morning in early October 1991, when Jimmie Lou introduced me as I launched my presidential campaign on the steps of the Old State House,” Clinton said. “As always, she was enthusiastic, caring and kind, saying just the words we all needed to hear.”

Fisher’s family will receive friends for visitation Wednesday from 6 to 8 p.m. and Thursday from 11 a.m. to 1 p.m. at Mitchell’s Funeral Home in Paragould. His funeral will be held Thursday at 1 p.m. in the funeral home chapel.