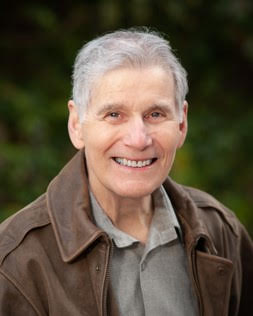 The interview will focus on Tobin’s first book ‘When We Were Wolves’ (published under JE Tobin) which came out earlier this year.

The new work centers on Tom Wingfield, a small-town Virginian who discovers the town hero and college football coach has been framed for horrific crimes by a boy. Tom must decide between risking the life he’s built for himself or bringing a horrible man to justice.

Tobin grew up in Union City, New Jersey. After earning a degree in journalism, he crossed the Hudson to New York with the dream of becoming a writer. He taught school while writing plays, two of which were featured by the acclaimed Off-Broadway Circle Repertory Company – “Celebrations off River Street” and “Cabaret Theatre: New York Times.”

He has also written children’s novels for major publishers including MacMillan & Company, Harcourt Brace, Scott Foresman and Scholastic. His writing had shifted to scholarly work as he pursued a career as a college teacher and consulting psychologist, but revisited his dream of writing fiction at the behest of his son.

James now resides with his wife, Jean, in Williamsburg, on
fictionalized setting for his novel. Royalties from the book go to the charity Prevent Child Abuse America, which aims to help prevent child abuse before it happens. Driven by science, it’s designed to help children, families and communities thrive.

“It’s part of my contribution,” Tobin says of the pick. “In my life, I’ve been very lucky to have had help along the way. In terms of my career, in terms of my life, and other sorts of things. And so that was my way of giving back.

Read more about the interview on the CBW podcast page.