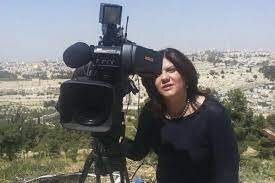 The Israeli regime will not open a criminal investigation after its troops were widely accused of shooting dead prominent Palestinian journalist Shireen Abu Aqleh.

In a statement released Thursday, the Israeli military said that Abu Aqleh was killed in an “active combat situation” and will not launch a criminal investigation despite requests from the international community.

According to reports, the head of an Israeli brigade, Meni Liberty, identified six occasions during the regime’s military raid on the Jenin refugee camp in the occupied territories when Israeli soldiers opened fire near Abu Aqleh and other journalists.

The regime’s military police are said to be satisfied with assurances from Israeli troops that they did not know the veteran journalist was in the camp when she was killed on May 11 in an Israeli military raid.

This comes despite the fact that the Israeli army admitted to having identified one of its soldiers’ assault rifles which could have killed Abu Aqleh.

Palestinian officials, witnesses and other journalists on the ground when Abu Aqleh was shot blamed his death on Israeli troops.

The regime’s army initially claimed that its troops returned fire after coming under fire and that “there is a possibility, currently under investigation, that journalists were hit”.

However, an Israeli military leader later backed down from those claims after footage of the incident circulated in the media that showed only Abu Aqleh (wearing a helmet and body armor clearly marked “press”) with other journalists.

An Al Jazeera producer, who was also shot in the back, told media that no gunmen were near the journalists when they were targeted.

Even Israel’s closest ally, US President Joe Biden’s administration, and the UN Security Council have called on the regime to conduct a transparent investigation.

Abu Aqleh was known in the Arab world, known for her 25 years of reporting on the suffering of Palestinians under Israeli military occupation. She spent this time working as a reporter for Al Jazeera news. His murder received wide international coverage.

The United States had given assurances to his family that Washington would demand a real investigation into the death of the American-Palestinian duel.

Washington has been denounced for not having expressed itself in the same tone as the day after the murder of the Saudi dissident journalist Jamal Khashoggi.

The IDF had previously released an account saying it could not unequivocally determine the source of the bullet that killed Abu Aqleh.

Palestinian officials refused to hand over the recovered bullet to Israeli authorities, saying they had no confidence in the regime. They are conducting their own investigation and have called for an international inquiry.

The Palestinian public prosecutor says preliminary findings show that Abu Aqleh was killed by deliberate fire from Israeli troops, adding that the investigation is ongoing.

Bellingcat, an independent research company based in the Netherlands, conducted its own analysis based on all the videos and material it collected. He said his initial findings corroborate Palestinian witnesses who say she was killed by Israeli fire.

IDF Advocate General Yifat Tomer-Yerushalmi’s decision not to order an investigation is in line with Israel’s policy that the entity has rarely criminally investigated its killing of Palestinians.

Yesh Din, an NGO in the occupied Palestinian territories, also criticized the Israeli decision, saying “the military’s policing mechanisms no longer even bother to give the appearance of investigating”.

Dozens of US lawmakers have signed a letter asking the FBI to investigate the killing of Abu Aqleh, Congressman Andre Carson says after the Israeli military said it would not launch a criminal investigation into the murder.

“As we all continue to mourn the loss of this great journalist, a fellow American, who was tragically killed while on assignment, we want answers,” said Carson, who helps lead the Congressional letter. , at Al Jazeera.

“We also ask the US Department of State to determine whether any US laws protecting Ms. Abu Akleh, a US citizen, have been violated,” it read. “As an American, Ms. Abu Akleh was entitled to all the protections afforded to American citizens living abroad.”

The statement is addressed to Secretary of State Antony Blinken and FBI Director Christopher Wray.

Carson said the letter, which is still circulating on Capitol Hill for support, already has more than 55 co-signers.

A group of more than 125 artists, including American celebrities, acclaimed authors and prominent musicians, also signed a joint letter condemning the killing of Abu Aqleh.

The signatories of the letter published by Artists for Palestine UK called for “full accountability of the perpetrators of this crime and all involved in its authorization”.

However, their voices are more than likely to fall on dead ears.

The United Nations High Commissioner for Human Rights, Michelle Bachelet, has complained about Israel’s lack of responsibility for the killings of Palestinians in the occupied territories.

Commenting on the murder of Abu Aqleh and the subsequent Israeli attack at his funeral, Bachelet said “as I have requested many times before, there must be proper investigations into the actions of the Israeli security forces “.

The decision not to investigate the killing of Abu Aqleh comes a day after Israeli authorities said they had given the green light to flag-waving Israeli settlers to march through the heart of the main Palestinian access road into the occupied old city of al-Quds. later this month, in a move that threatens to reignite violence in the holy city.

The regime said the march, which has been highly provocative in the past, would take place on May 29 along its “customary route” through Damascus Gate, a Palestinian neighborhood. has seen weeks of violent attacks by regime forces against Palestinian protesters, and the march threatens to spark further unrest.

Just as in past decades, the regime’s leadership has faced no international repercussions for its actions in the occupied territories, essentially giving Israel the green light to continue its atrocities against the Palestinians, knowing it can rely on the international inaction.

One of the many punitive measures Israel has taken against the Palestinians over the past year is to silence them. This included shutting down Palestinian society groups to the assassination of the most renowned Palestinian journalist.

The European Union expressed shock at the “unnecessary” force, while the regime’s closest allies in the White House called footage from the scene “deeply disturbing”.

Meanwhile, Israel’s fragile ruling coalition has become a minority after an Arab member resigned in protest at the regime’s treatment of the Arab community.

The departure leaves the vast eight-party coalition with just 59 seats in Israel’s 120-seat Knesset and boosts the chances of a fifth election in about a year.