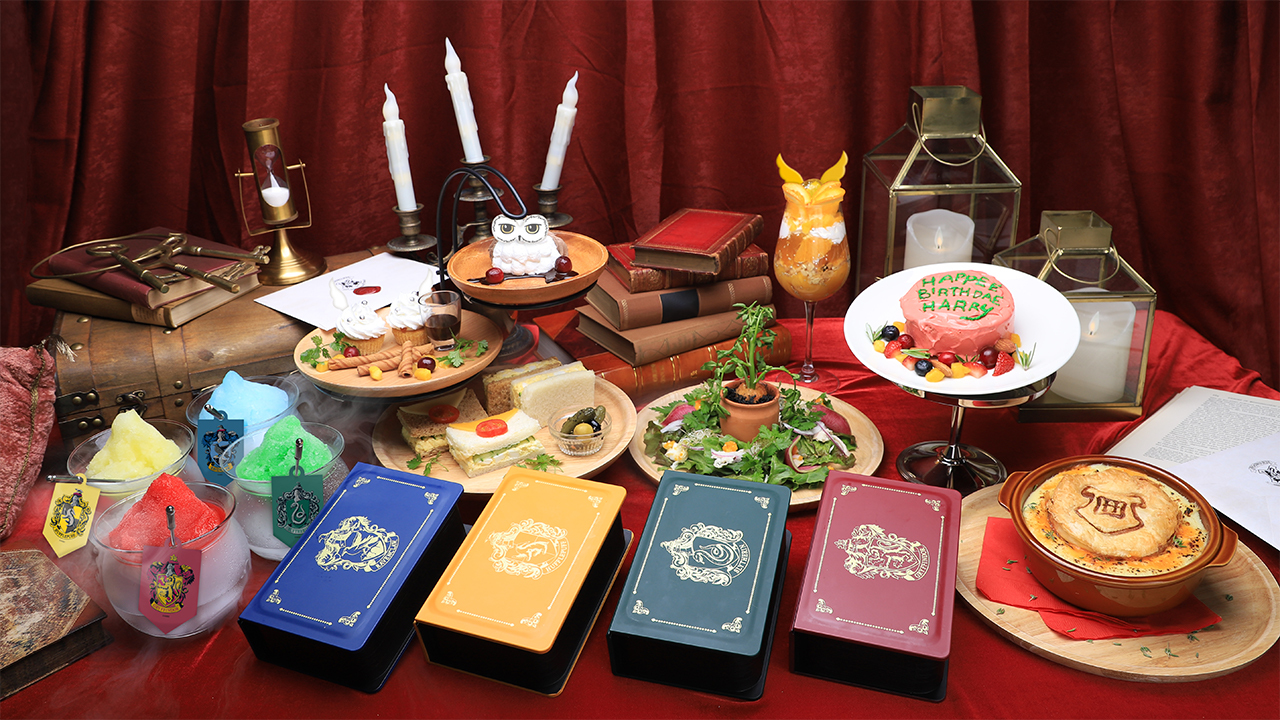 Tokyo is big character cafes serving meals and desserts that look too cute to eat. While many of these themed cafes are permanent, some function as pop-ups to celebrate special occasions. This month, the Harry Potter film franchise celebrates the 20th anniversary of its first film, “Harry Potter and the Philosopher’s Stone,” with a special, limited-time coffee at Omotesando.

The menu includes four bento boxes (1980) themed from each Hogwarts house – Gryffindor, Hufflepuff, Ravenclaw and Slytherin. Each box contains sandwiches with toppings representing each color of the house, and you can get a cup of soup and a baguette-shaped bread stick on the side for an additional 1,000.

Other savory dishes include a salad (1,100) with a mandrake pot in the middle.

The candy is based on iconic moments from the first film, including a replica of the birthday cake (Â¥ 1,100) Harry receives from Hagrid.

In addition, there is a multi-level parfait (1,650) that looks like the snitch.

There will also be two additional desserts based on the Fantastic Beasts movies including a suitcase chocolate cake (Â¥ 1,870).

And for fans of the magical beasts themselves, an orange pie (1,540) adorned with the adorable platypus-like creature, Niffler.

If you’re here with a friend, it’s worth ordering the snack plate (2,860) which comes in a three tier afternoon tea-style stand. The lower level has egg sandwiches resembling Hogwarts admission envelopes, the second level has cupcakes that look like the snitch, and the upper level has an owl cake.

Drinks are where coffee gets really creative. You’ll find four different smoothies (990) themed for each house, a Hogwarts Express latte (1,100) topped with white cotton candy designed to look like steam coming off the train.

Or opt for tea and coffee (660), both of which come in specially designed mugs (which you can purchase separately for 1,980).

The cafe will also be stocked with exclusive merchandise such as stickers, key chains, tote bags, t-shirts, letter sets and more.

The Harry Potter CafÃ© will be at Omotesando Box CafÃ© & Space of July 22 to September 12 from 10 a.m. to 8:20 p.m. every day. Walk-ins are welcome, but we recommend booking in advance as themed cafes usually fill up quickly and this is a very popular franchise. If you book in advance through the website you have to pay an additional cover charge of 715, but you will be given a souvenir when you arrive to compensate.

Want to be the first to find out what’s cool in Tokyo? Subscribe to our newsletter for the latest updates from Tokyo and Japan.