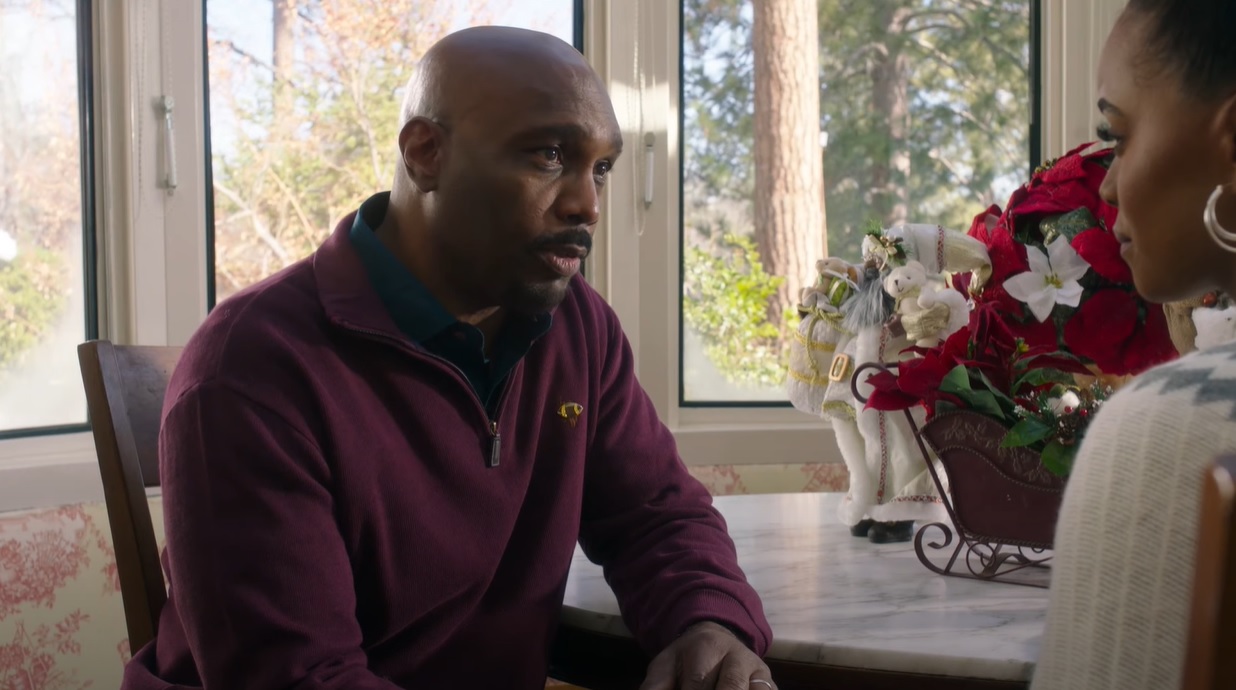 The protagonist of the new Lifetime holiday movie Writing around the Christmas tree is novelist Mikaela Leighton (Krystal Joy Brown). In search of inspiration for her next story, Mikaela returns to her father Irving (James black) snow-covered chalet in a picturesque lakeside town. There she meets handsome non-fiction writer Levi McGuire (Curtis Hamilton). And yes, sparks are flying around the Christmas tree. Watch the trailer below.

As an actor, James Black is known for his television roles in All american (Reggie Cooper), Days of our lives (Luca), Anger Management (ClÃ©o), Six feet Under ground (Duane), and in films including Out of sight with George Clooney and Jennifer Lopez (Himey), among others. It’s James fighting George in prison in the clip below.

Before becoming an actor, James Black played professional football in the NFL for the Cleveland Browns and was a returning star for the Akron University. Although his stint in the NFL was short – he played two games for the Browns in 1984 – he made history as Akron’s first football player to play in the NFL. James led the way for quarterback Akron alum Charlie frye who also played for the Browns in 2005. In January 2020, Frye was named quarterback coach for the Miami Dolphins.

Writing around the Christmas tree premieres on Lifetime on Christmas Day, Saturday, December 25 at 8 p.m.