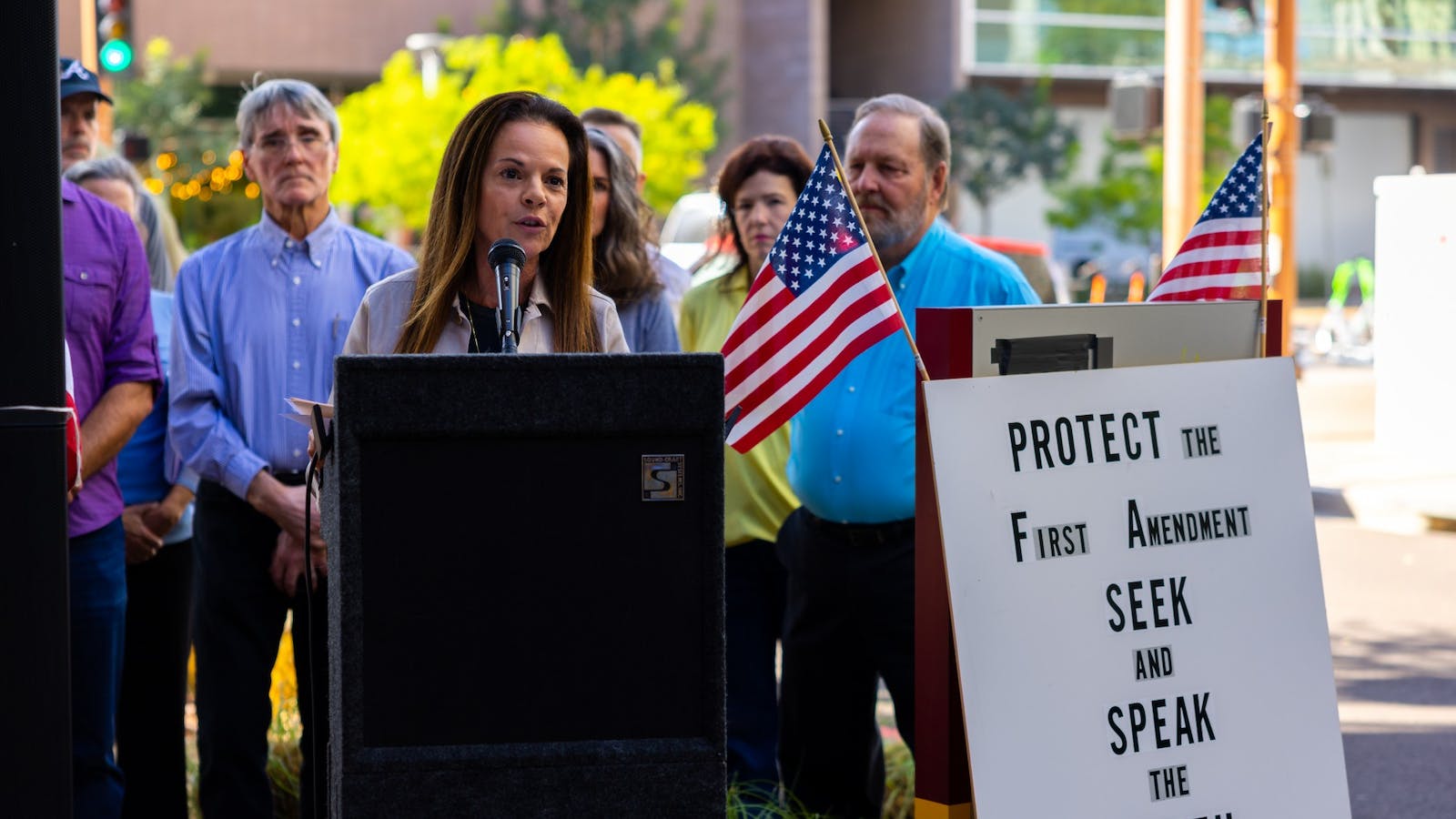 Former journalists and media professionals have spoken out about the escalating rhetoric from political candidates, such as Arizona’s Republican gubernatorial candidate Kari Lake, attacking and blaming the media outside of the Sandra Day O’Connor ASU College of Law on Wednesday.

A nonpartisan joint statement signed by more than 60 former members of the media “representing those who have worked in every corner of the state and in media entities across the United States” was read by Marlene Galán-Woods, former broadcast journalist for KTSP and KPNX.

“Journalists are not perfect. We make mistakes. And, of course, questioning the press, challenging it, is part of what we do in a free republic. But intimidating journalists for political purposes is unacceptable and unpatriotic. This is not a partisan belief. . In fact, the signatories of this document have never shared their political leanings – only that this dangerous strategy as a means of gaining power and control over the levers of government should be rejected.” , Galán-Woods read in the statement.

Lake, who worked as an anchor for FOX 10 for 22 years, has made her opposition to reporters part of her campaign, even tweeting that lying reporters should be punished.

Should lying “journalists” (propagandists) be punished??
I believe they should.

“For Kari Lake to use her expertise and experience as a newscaster to undermine the journalism profession and her former colleagues is reprehensible,” Woods-Galán said. “The only possible motive must be an unquenchable desire for power.”

Among those who signed the statement were five former journalists who also worked for KSAZ-TV. The reading of the statement was followed by speeches from Cary Pfeffer, Civia Tamarkin, Bill Andres and Camille Kimball.

“We are diggers and gatherers of facts – and then when we tell the public what those facts are, whatever the outcome is the truth,” Tamarkin said. “And now we are witnessing the terrifying distortion of facts and truth in ways that absolutely threaten our democracy.”

She further underscored this by stating that the role of journalists is to “sound those alarms” when democracy is in danger.

“I certainly hope, as do all of my colleagues, that everyone heeds this warning and realizes that this democracy – this experiment in democracy – is extremely fragile here, at home in Arizona and across the country,” he said. said Tamarkin.

In his speech last Wednesday, Lake said “taxpayers own PBS.” Andres, who worked at 12 News, disputed that anyone who invests in media should be responsible for what is published.

Caera Learmonth is a full-time reporter for the Community and Culture desk. She was previously the editor of her high school newspaper and attended journalism programs at the School of the New York Times and the University of Southern California.

Continue to support student journalism and make a donation to the state press today.