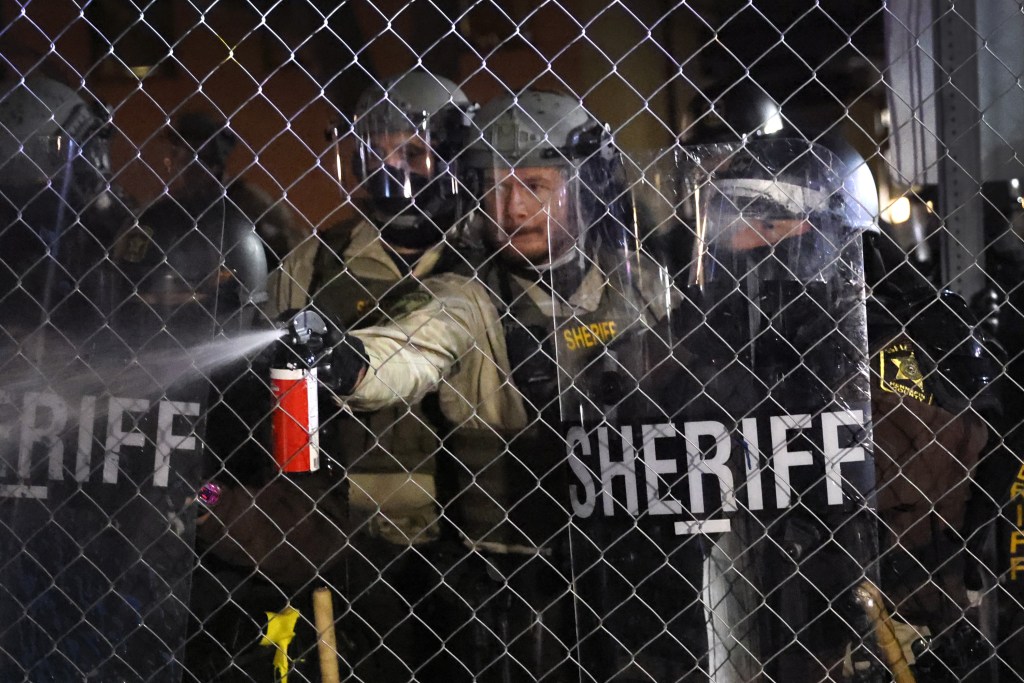 A Minnesota federal judge on Thursday banned law enforcement from arresting or using force against journalists covering the protests.

The injunction granted by U.S. District Judge Wilhelmina Wright was sought by plaintiffs in an ongoing lawsuit filed last year by freelance journalist Jared Goyette and several others, who allege forces from the order deliberately injured reporters and photographers covering the unrest following the murder of George Floyd at the hands of a Minneapolis police officer.

The injunction’s bans, which will remain in effect until the case is resolved, are similar to a temporary restraining order issued by Wright in April, during protests following the fatal shooting of Daunte Wright by a Brooklyn Center cop.

In her ruling, the judge notes that evidence presented by the plaintiffs suggests that officers continued to target reporters during protests at the Brooklyn Center, after the temporary restraining order was issued.

The defendants, who include the heads of several state and local law enforcement agencies, argued in court that journalists were often indistinguishable from protesters. Wright rejected this request.

Notably, many of the alleged misconduct incidents in this case involved law enforcement officers actively ignoring clearly displayed press credentials, distinctive clothing and other clues indicating that individuals were members. from the press, â€she wrote. “It demonstrates a compliance issue, not a clarity issue.”

In addition to prohibiting law enforcement from using force or arresting journalists, the injunction granted Thursday by Wright bans officers from seizing cameras or recording equipment, and ordering journalists to stop photographing, recording or observing a demonstration.

The injunction also exempts journalists from dispersal orders. It does not apply to any journalist suspected of having committed a crime.

In her order, the judge encouraged journalists to carry a press card, badge or other piece of identification that clearly identifies them.