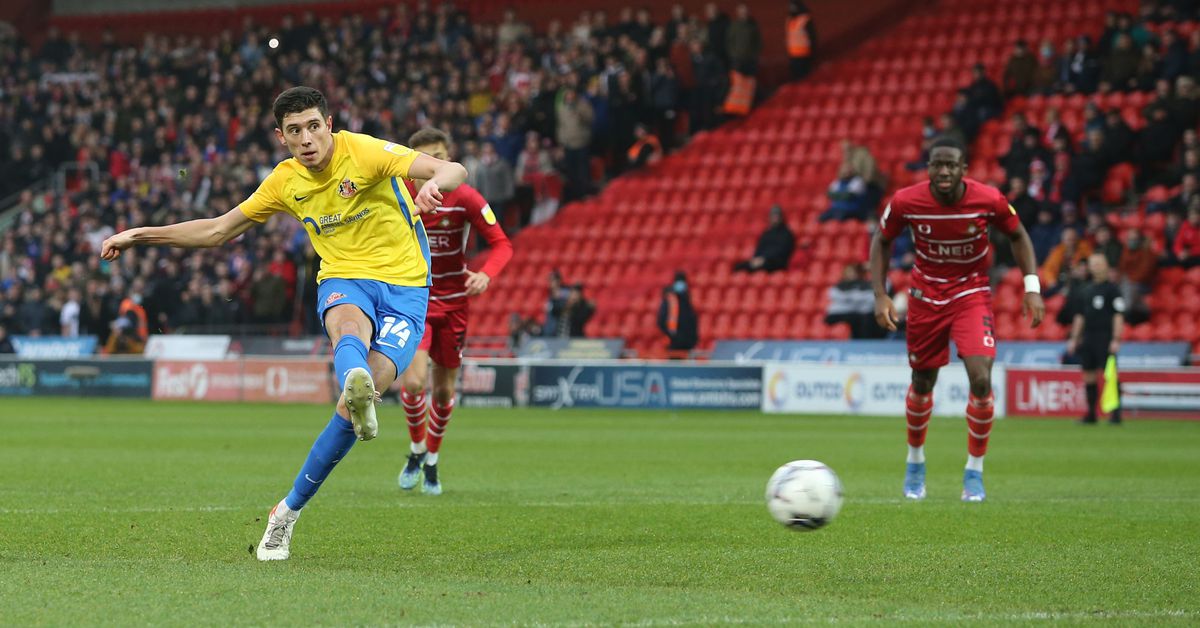 Fan Focus: Writer Paul Goodwin says ‘this could be a very tough and long afternoon’ for Donny!

Matthew Crichton: Lee Johnson was sacked as Sunderland manager following a 6-0 thrashing at Bolton, as a Sunderland fan yourself, did you think it was the right move?

Paul Goodwin: Looking at the big picture, I can’t say I’m 100% behind the decision. But, having witnessed defeats at Rotherham and Sheffield on Wednesday, I can understand how the Bolton debacle may have tipped the scales.

This is obviously a huge roll of the dice. The club put themselves under enormous pressure to appoint the right person.

MC: Roy Keane and Grant McCann are the current favorites for the job – who would you like to see take over?

PG: KLD then bet as much to go all-in on Keane! If it works, we could really take off. If this is not the case, we look elsewhere in the summer and start again.

McCann knows how to get out of this league but I’m not sure Sunderland fans would really accept this appointment. He also relied almost exclusively on 4-3-3 during his time with Donny and I’m not convinced that would suit our staff.

MC: Nearly 40,000 are currently expected at the Stadium of Light for Jermain Defoe’s return to the club, do you think it will be an incredibly difficult atmosphere for Doncaster to handle?

PG: In a word, yes. Rovers are an inexperienced team with a weak underbelly and if Sunderland line up early it could be a very tough and long afternoon for them.

They showed some fighting in a 1-0 win at MK Dons a fortnight ago, but the atmosphere of a crowded SoL will be a new experience for many of these lads.

MC: Doncaster itself changed managers before the New Year, how has Gary McSheffrey fared so far?

PG: His record of two wins and nine losses does not read well but there have been some green shoots.

A more direct style and some new attacking additions at least gave Rovers a little more goal-scoring threat, which was seriously lacking under Richie Wellens.

A dismal performance in Tuesday’s 5-0 home defeat to rivals Rotherham, however, put him on the back burner with some fans. A case of one step forward, two back.

MC: Rovers are currently 11 points from safety and bottom of League One – do the fans have any hope of survival?

PG: Not really. The majority resigned themselves to relegation.

McSheffrey was able to bring in eight players in January, but defeats to Morecambe and Fleetwood earlier in the month left them with a mountain to climb.

By May, the manager really needs to stabilize the ship and lay the groundwork for next season.

MC: Ollie Younger joined Doncaster from Sunderland in January, how has he been doing so far?

PG: He made a Stan Varga-style debut in the win at MK Dons, fitting in perfectly, putting his body on the line to help secure a 1-0 back-to-the-wall win and finishing the match with a Terry Butcher-style blindfold for real. measure.

The move was aimed at getting games under his belt and he was thrown deep in Doncaster.

MC: Aside from Younger, what kind of impact have Rovers’ other January signings had?

PG: It’s too early to really tell. Josh Martin, a winger on loan from Norwich City, was the one who really caught the eye.

He looks very comfortable with the ball and able to shake things up in the final third.

Adam Clayton, on paper, is exactly the kind of player they lacked, but he looked terribly short of fitness against Rotherham.

MC: Doncaster have won just one of their 14 away games in Ligue 1 this season, why do you think the club are struggling so badly?

PG: The past 12 months have been a struggle, home and away. It’s been a shambles to be honest and the scale and speed of the regression from promotion contenders to the certainties of relegation has been frightening.

Injuries to some key men haven’t helped, but they’ve paid the price this season for another big player turnover while relying on too many young lads with very little EFL experience.

The backbone of the team is very weak and it was brutally exposed on the outside.

MC: Which 11 players do you think McSheffrey will select and what style of play can Sunderland expect to encounter?

PG: McSheffrey tried to match Rotherham’s 3-5-2 last time out in an effort to contain them and it backfired dramatically.

I would expect him to go back to a 4-3-3 / 4-5-1 with a view to pressing Sunderland as best he can and looking to break in quickly on them.

They will be looking to move him forward quickly, turn Sunderland around and compete for second balls. It will be a stronger team than the one Sunderland faced in the reverse fixture – the eleven they brought out that day would struggle in the National League.

MC: Sunderland beat Doncaster 3-0 earlier this season, what is your prediction for the final score?

PG: Many Rovers fans would actually pull off another 3-0 win at Sunderland here just to avoid another utter humiliation.

That’s how things went wrong. It’s hard to see anything other than a convincing home win. 3-0.

After a decade, another Karnataka politician duo speaks of ‘test of truth’ in Dharmasthala – The New Indian Express