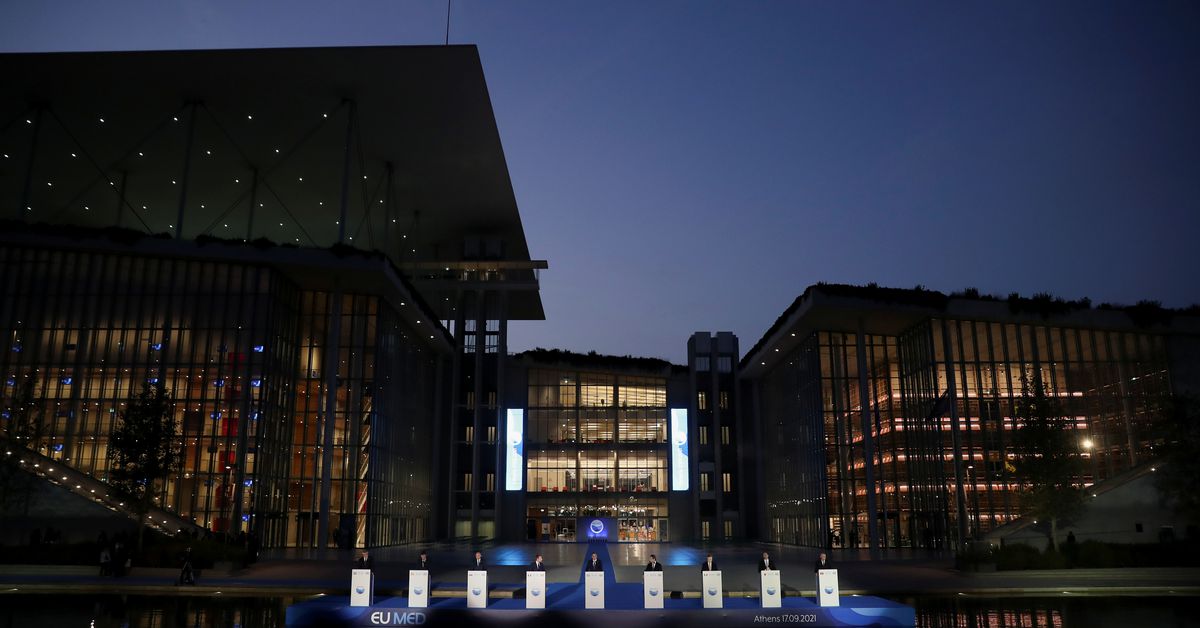 The Mediterranean was now suffering from “unprecedented ecological damage and the response capacities are stretched to the limit”, they said in a joint statement at the end of their meeting, joined by the President of the European Commission, Ursula von der Leyen .

“Such vulnerability will increase due to the accelerating impacts of climate change in the region, resulting in welfare losses in terms of economic impacts from climate change,” the statement said.

Greece has been hit by its most intense fires on record amid an intense heat wave this summer and in southern Italy, fires have ravaged swathes of land, while deadly flooding swept through the area. ‘Western Europe.

“This is the strongest proof that the environmental crisis affects us all,” he said. “And since there is a common risk, our defenses should also be common.”

In Greece, hundreds of businesses and homes were set on fire, the fires crushing national civil protection and firefighting responses and forcing Greece to seek help from other EU countries.

Mediterranean countries agreed to strengthen cooperation between them in planning and prevention and called on the EU to strengthen its civil protection mechanisms to help better protect citizens and the environment against “more and more disasters. serious and complex “.

International Federation of Journalists concerned for safety of journalists in Afghanistan