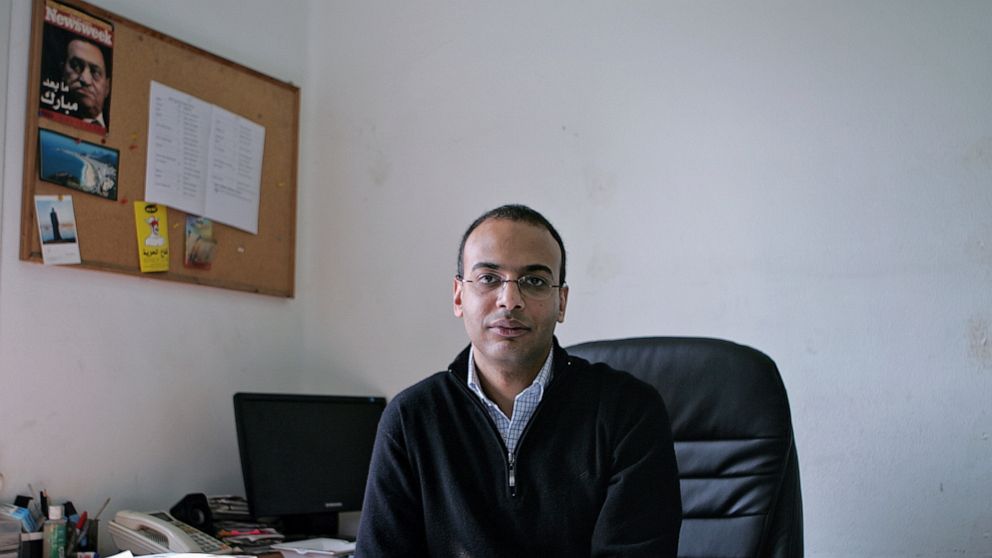 Egypt lets journalists and activists prey on US concerns

CAIRO – Egyptian authorities released three activists and three journalists on Sunday after months of pre-trial detention, officials and lawyers said. The releases came after US officials and others expressed concern over the arrests and harassment of human rights defenders and critics of President Abdel Fattah el-Sisi’s government.

State security prosecutors have ordered the release of the six ongoing investigations into the charges against them, according to two judicial officials. They spoke on condition of anonymity as they were not authorized to brief the media.

The accusations rage of the spread of fake news and the misuse of social media platforms to join a terrorist group, a reference to the Muslim Brotherhood which Egypt designated as a terrorist group in 2013.

Despite their long detention, those arrested and released have still not been tried, according to their lawyers.

Esraa Abdel-Fattah, a pro-democracy activist and writer, was released on Sunday morning, her sister Shimaa wrote in a Facebook post. She was a co-founder of the April 6 movement which played a pivotal role in the 2011 pro-democracy uprising that toppled longtime autocrat Hosni Mubarak.

Abdel-Fattah was arrested in October 2019 in a town west of Cairo, in a crackdown that followed small but rare anti-government protests. Hundreds of people were arrested at the time, but many were later released.

Prominent human rights lawyer Mahienour el-Masry was also released on Sunday, her sister Maysoon el-Masry wrote in a Facebook post that included a photo of the lawyer wearing a white uniform for those in jail and a face mask.

El-Masry, who is widely known for her activism in labor movements and on behalf of Syrian and Palestinian refugees living in Egypt, was arrested in September 2019 amid the crackdown that followed the rare protest.

Authorities also released journalist Gamal el-Gamal, human rights lawyer Nasser Amin said. El-Gamal, who is widely known for his chronicles critical of the el-Sisi government, was arrested earlier this year upon arriving at Cairo International Airport from Turkey, where he had lived since. 2017.

Also among those released on Sunday were journalists Mustafa el-Aasar and Moataz Wadnan, who had been in pre-trial detention since 2018, according to human rights lawyer Malek Adly.

The releases came amid calls from lawmakers and public figures to release activists and human rights defenders who have been detained in recent years on what they say are politically motivated charges.

The accusations stem from a tweet Bahgat wrote last year accusing the chairman of the electoral authority of allegedly mismanaging last year’s parliamentary vote, he said.

US State Department spokesman Ned Price condemned Bahgat’s indictment as well as the detention and harassment of Egyptian civil society leaders, academics and journalists under al-Sisi.

Also last week, an Egyptian court opened the trial of six secular activists and journalists, including former lawmaker Zyad el-Elaimy, human rights lawyer Khalid Ali said. The six, who were arrested in 2019, face a range of charges, including disturbing public order by spreading false information on internal affairs. The next court hearing will be on July 29, Ali said.

El-Elaimy and others were added by a court last year to a list of suspected terrorists for the next five years. The ruling was upheld last week by the Court of Cassation, Egypt’s highest criminal court.

Palestinian-Egyptian activist Ramy Shaath, who helped establish the Egyptian branch of the Palestinian-led boycott movement against Israel, known as BDS, has also been added to the terrorist list. Shaath, the son of a former Palestinian foreign minister, was also arrested in 2019 but has not been charged or sent to court to stand trial. His wife, of French nationality, was expelled.

The Egyptian government has carried out a large-scale crackdown on dissent in recent years, imprisoning thousands of people, mostly Islamists, but also secular activists involved in the 2011 Arab Spring uprising that toppled the longtime autocrat Hosni Mubarak.

Journalists have also been targeted, dozens of them imprisoned and some expelled. Egypt remains among the world’s top jailers of journalists, along with Turkey and China, according to the Committee to Protect Journalists.