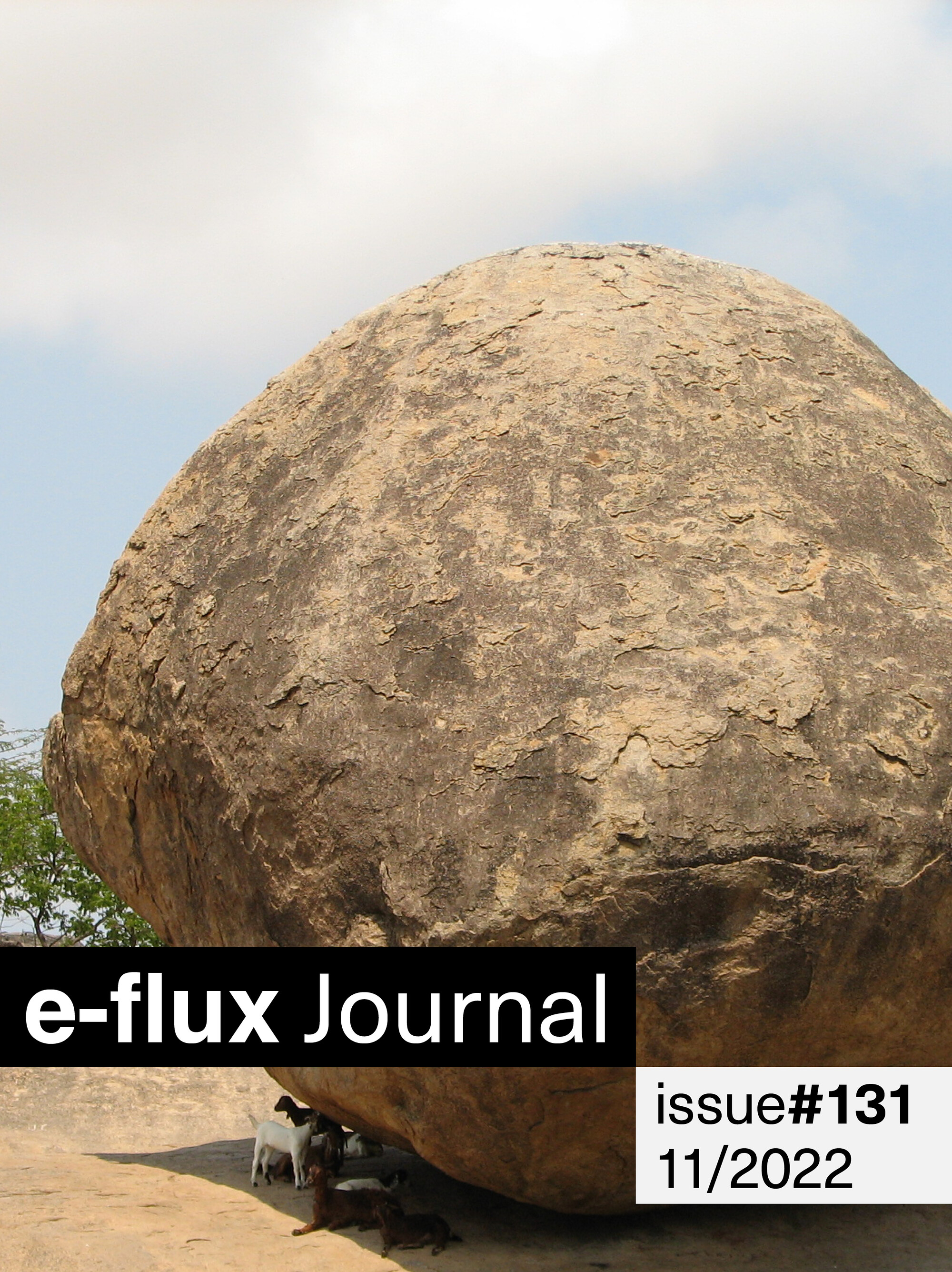 In this issue of e-flow log, deep looks at the past hope to give meaning to the present by plunging into the original abysses and the first promises of the architects of history. Mi You brings us a refreshing and constructive analysis of this year’s documenta fifteen, its curators, its planned organizational structure and its audience. Olga Olina, Hallie Ayres and Anton Vidokle’s chart suppressed, banned and otherwise extinct languages ​​in a resource that spans geography and time from 1367 to present, showing an ongoing process of erasure and survival that roughly corresponds to the rise of nation states.

Sometimes it is only possible to understand the present by seeing what has been erased later. Nicola Perugini and Tommaso Fiscaletti explore the fascist bloodlines that keep reappearing in their research on the public baths where young Italian proletarians were sent every summer in the 1930s for regimens of strict hygiene, sunshine and outdoor worship of Mussolini . Leon Dische Becker and Cosmo Bjorkenheim argue that some things are best left in the past, advising Hollywood directors against mounting a fourth HG Wells remake. The island of Doctor Moreau. Better to leave his curses and racist colonial critiques in the dust.

In issue 23 of e-flow log (March 2011), Bruno Latour recounted an uneven 1922 conversation between Henri Bergson and Albert Einstein, in which Einstein almost entirely rejected Bergson’s deep, yet critical, engagement with the theory of relativity. “After Bergson had spoken for thirty minutes,” Latour wrote, “Einstein made a terse two-minute remark, ending with this damning phrase: ‘There is therefore no time for philosophers; there is only one psychological time different from the time of the physicist. Latour, looking at the end of the 20th century from 2011, underlined the rejection of philosophy, politics and art by this typical scientist. At the time, he asked himself: “Can we do better at the start of the 21st century? In other words, is it possible to give Bergson another chance to argue that, no, he is not talking about subjective time and space, but rather offering an alternative to Einstein’s cosmology? Bruno Latour passed away in October, and in this issue, his colleague Martin Guinard shares the memories of a thinker who never stopped asking massive questions and making connections. Thanks to his unlimited writing and numerous collaborations, he has never ceased to marvel at our world.

By following okra, mustard greens, freekeh and other flora through different times and places, Pelin Tan shares the entangled and exiled existences and resiliences of human refugees and the plants that survive with them. In a conversation between Matt Peterson and Sabu Kohso on radiation and revolution (also the title of Kohso’s recent book), Kohso traces deep and interconnected fault lines between the ongoing aftermath of the Fukushima disaster and the Covid pandemic. , as well as the imperial and also liberating history of militant movements in Tokyo, New York and wherever people rise up against a disintegrating world.

In the second part of Su Wei’s essay on emotion in post-1949 Chinese art, he writes explicitly about examining the past to understand China’s present. Within this framework, he also describes the historical and forward-looking visions of late 20th-century artists, such as artist and theorist Zhang Anzhi, and his belief that art was a force for “creating emotions for a new world”. Su Wei asks, “Do brief flashes of emotion in historic moments of uncertainty help us see the maze we currently find ourselves in?”