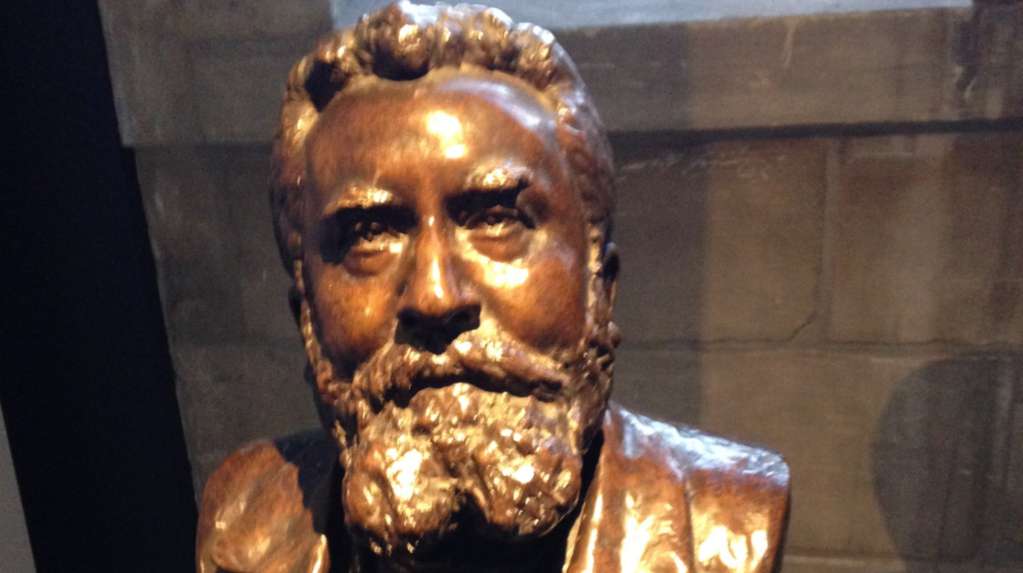 Streets, passages, neighborhoods and even a metro station in the city of Buenos Aires bear the name of Jean Jaurès. But who was and what did this historical figure, who receives so many tributes in our daily lives? Let’s see.

In 1914, the First World War broke out and a coldly executed crime helped precipitate the conflict. Because a single match can set a forest on fire. It is the murder of one of the most lucid men that France has given to humanity: Jean Jaurès.

A criminal hand has forever extinguished the multifaceted life of this journalistbut also politician, orator and philosopher.

An illiterate person can throw a stone into the sea and a thousand wise people cannot retrieve it.

Almost in the middle of the 20th century, the assassinations of Gandhi in 1948, Kennedy in 1963 and Luther King in 1969 occurred. But the story of Jean Jaurès, total idealist, deserves a separate chapter.

Jean Jaurès Doctor of Philosophy. He was a young man, still single, aged 26, when he assumed the post of deputy, something unusual for the time. Journalism also attracts him. Very young, he traveled to Algeria, then a French colony. The word colonialism has always appeared to him as a negation of the most sacred thing that peoples possess: the right to their freedom.

But the combative leader who kept his personality had not yet crystallized, as well as a standard bearer of morality and dignity, as he was later. It was the time of the condemnation and exile of Captain Dreyfuss, falsely accused of having provided military secrets to the German government.

Jean Jaurès worried about France and its institutions. And he had doubts about the legitimacy of the Dreyfuss trial.

One day in January 1898 – at the age of 40 – Jean Jaurès began to read – like every morning – the newspaper “La Aurora”. An eight-column headline that read – “J’accuse” – impressed him.

Emilio Zolathe great French writer had started the battle for the dignity of the human being, in this circumstance Jean Jaurès read the article which was in fact a copy of a letter from Emilio Zolá to the President of France, in which he denounced the sum of vested interests to condemn Dreyfuss.

He sensed where truth and justice lay and made the decision to line up next to Zolawhom the Minister of War had already initiated a criminal trial.

Jean Jaurès launched an appeal – remember that he was also lawyer– before the Chamber of Deputies, in favor of Dreyfuss’ request and asked to testify also in the trial against Zolá.

There for thirty minutes electrified the crowd who occupied the court. He knew his intervention would put the enemies of the light on their weak shoulders.

Jaurès voluntarily chose this path. the way to the dignity, which is such a noble feeling that it compensates for the losses it causes. She knew the fight could take her. What Jean Jaurès could not do was accept a reproach from his conscience. He knew it was all a show trial.

The result – Dreyfuss’s non-complaint and the sentencing of the writer Zolá to one year in prison – had been dictated in advance.

In 1903, at the age of 44, while he was still a deputy, he was elected vice-president of the Chamber. In this room, he reveals to French public opinion decisive data on the most scandalous legal trial of the 19th century, which will lead to the total and final acquittal of Captain Dreyfuss.

Eight years later, Jean Jaurés will visit Argentina, where he will give several lectures.

And he arrived in 1914. He was 55 years old. On July 31 of that year, a criminal assassinated this illustrious intellectual. His death may have been one of the triggers that ignited the spark of World War I. With him, the “Belle Époque” came to an end.

I also read: Nadia Comaneci, the record-breaking Romanian gymnast who went from star to refugee

Perhaps history does not show us a more perfect example of the coincidence between the end of a man and the beginning of a sad stage of humanity. He was one of those beings who fought for the impossible. And they made it possible.

And this man, who fought for truths that were born from breezes, but were cyclonesevokes this aphorism.

“A single manifestation of justice justifies plowing a desert.”

Journalism can still be a busy life | Columnists