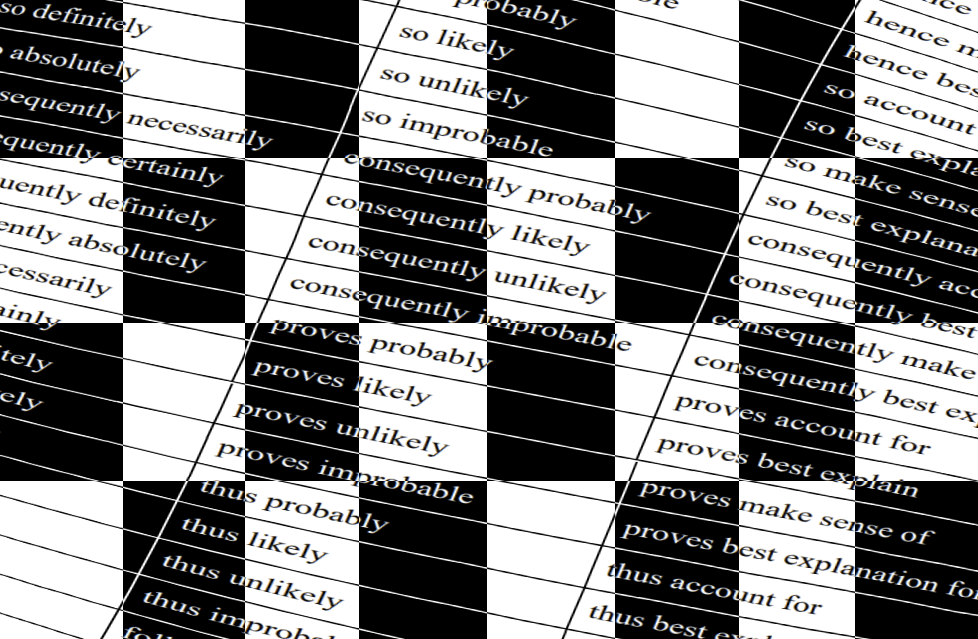 There is no statistically significant gender difference in the types of arguments used by contemporary male and female philosophers frequently cited in their papers, according to a new study that uses corpus linguistic analysis to search their works of “indicator pairs” of words capable of differentiating between deductive, inductive and abductive arguments.

Are the results useful, as Mizrahi and Dickson believe, for testing a hypothesis about the gender gap in academic philosophy (proposed by Marilyn Friedman, among others), that the mode of argument prevalent in philosophy, long dominated by men, deters or alienates women? Mizrahi and Dickinson explicitly acknowledge an objection that supports a negative answer to this question: that their sample of women is not representative, due to “survivor bias”:

Still, they think their study can testify to the credibility of the hypothesis. Here is the relevant part (given their findings) of their response:

That won’t be enough. “That women philosophers can to be equally preoccupied with argument and equally philosophically argumentative” does not tell us whether the dominant modes of doing philosophy alienate or deter or make things more difficult for women. in general. If we’re looking for clues about what might be problematic with the status quo, it’s hard to understand why we would focus exclusively on those for whom the status quo doesn’t seem to be a problem.

That said, I don’t think this “preoccupied with arguments” hypothesis for the gender gap – understood as something that could be tested by counting the number of arguments people make and whether they are deductive, inductive or abductive – either within plausible distance.

Plus, it seems like a misrepresentation of the complaints about the philosophy it’s meant to capture. The complaints about philosophy that Mizrahi and Dickinson cite to motivate the hypothesis characterize philosophers not only as people who argue, or argue a lot, or who use one type of argument more than others, but rather as people who are “fair logic-choppers and paradox-mongers” and who are “concerned only with argument. »

The complaint is not about the presence or degree of argumentation, but rather, it seems, about the argumentation primarily detached from life as we know it, Where detached from the contexts in which his problems arise. That said, I have no idea if the “degree of detachment” in philosophical work varies by gender, or if a hypothesis about the gender gap in philosophy that more accurately represents this complaint of detachment has evidence at all. ‘support. Maybe someone could figure out how to empirically test these things.

Superman Writer Doubles Down On His Theory, He Flies While Farting