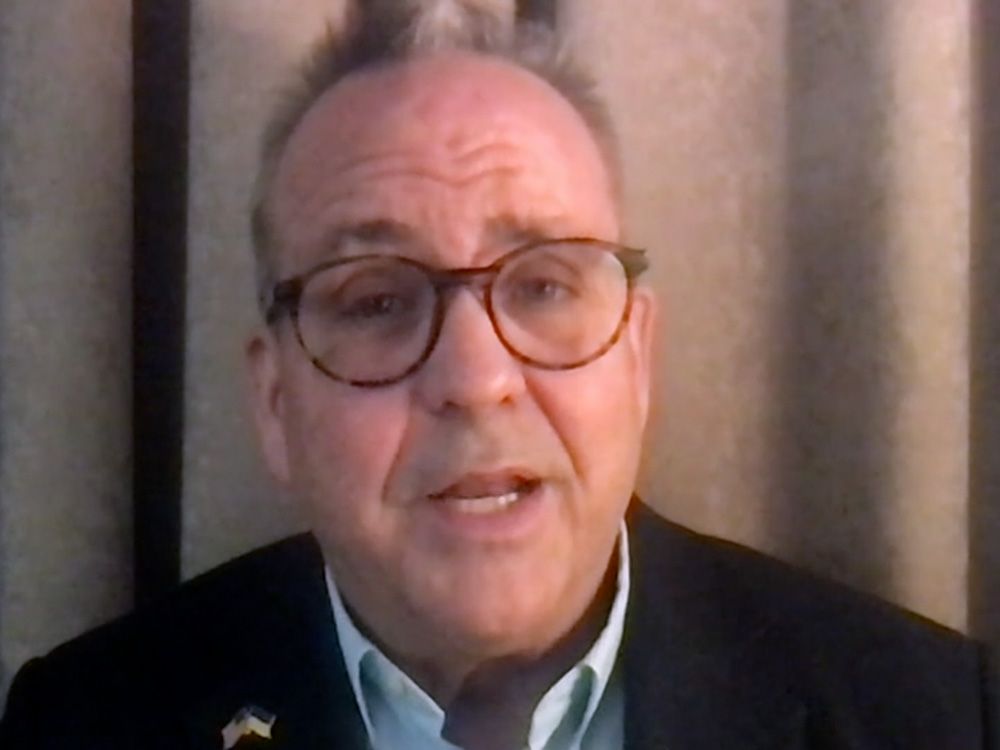 Diane Francis: Putin is ‘the successor to Hitler and Stalin in the 21st century,’ says veteran Kyiv journalist

The next three weeks are crucial for Ukraine as Vladimir Putin prepares an all-out assault on the eastern and southern parts of the country. As a journalist, I regularly traveled to Ukraine and covered it for years with my colleague and friend Brian Bonner, former editor of the Kyiv Post. Born in the United States, he has lived in kyiv for 26 years. In a video interview this week, he stressed the immediate need for military aid to defend the country against Russia.

“I want to convey a sense of urgency. All the experts say that Ukraine only has three weeks to get all the planes, weapons and equipment it needs to win. Everyone knows that the battle ahead is in southeastern Ukraine, from Donbass to Odessa and the central-southern Black Sea ports,” he said. “If Ukraine can get the guns, these people can defeat Putin. But the United States, NATO, the West must stop playing the asshole. They have to put the guns here now. Stop making excuses why they can’t send planes, missiles and other munitions to Ukraine. Please.”

Britain, Slovakia, the United States, the Czech Republic and other NATO countries are now stepping up deliveries. Russian ground troops suffered around 18,600 casualties, according to Ukraine, and were pushed back from kyiv but scouted for a final, massive assault. Air, jet and missile attacks continue to hammer and destroy the country, especially in the eastern half that Putin has targeted for acquisition. Drones, tanks and anti-missile systems were sent, but NATO held back from sending fighter jets or creating a no-fly zone, fearing that such a direct escalation on its part would lead to a nuclear confrontation.

Bonner does not believe Putin is “suicidal” or that he will escalate to nuclear weapons if America steps in with more help. “The United States and Russia clashed in Syria without nuclear involvement. Also in Turkey,” he said.

“I believe that Ukraine is beginning to turn the war in its favor. They fight for their survival. Bucha shows you what can happen if they occupy. Ukraine has a stronger ground force, the support of all civilians and the advantage of the terrain,” he added. “And the shelling can be stopped easily if the right weapons now arrive in Ukraine.”

Bonner said the sanctions have hurt Russia’s economy, but a complete ban on all Russian energy exports is essential as these provide $1 billion a day to fund Putin’s war. “In terms of sanctions, there has been a lot of talk, not enough action. The most important sanction is cutting off Russian oil, gas and coal and they are taking baby steps.”

The United States and Canada have banned imports of Russian oil and pledged to produce more oil and gas for export to Europe. But the Canadian federal government is lagging behind. Canada is the world’s fourth-largest oil producer at 4.7 million barrels a day, but Ottawa has only approved an increase of 200,000 barrels. Instead, the country should turn on the taps and ship as much oil and gas as possible to the United States for re-export to replace Russian energy in Europe.

The 27 European nations have also dragged their feet in the fight against Putin. Last week they agreed to ban Russian coal, but could not reach a deal to ban oil and natural gas because it would trigger a recession and drive up inflation. “Germany, Austria and others have excuse after excuse why they can’t do it,” Bonner said. “They would rather see genocide happen to the Ukrainian people than go through a recession. It is immoral. This is the moral test of the 21st century for all countries,” he said.

Read and subscribe to Diane Francis’ newsletter on geopolitics at dianefrancis.substack.com.

Sign up to receive the best daily stories from the Financial Post, a division of Postmedia Network Inc.

Thank you for your registration!

A welcome email is on the way. If you don’t see it, please check your spam folder.

The next issue of Financial Post Top Stories will soon be in your inbox.

We encountered a problem during your registration. Try Again

Will Randall become president? The writer teases the answers