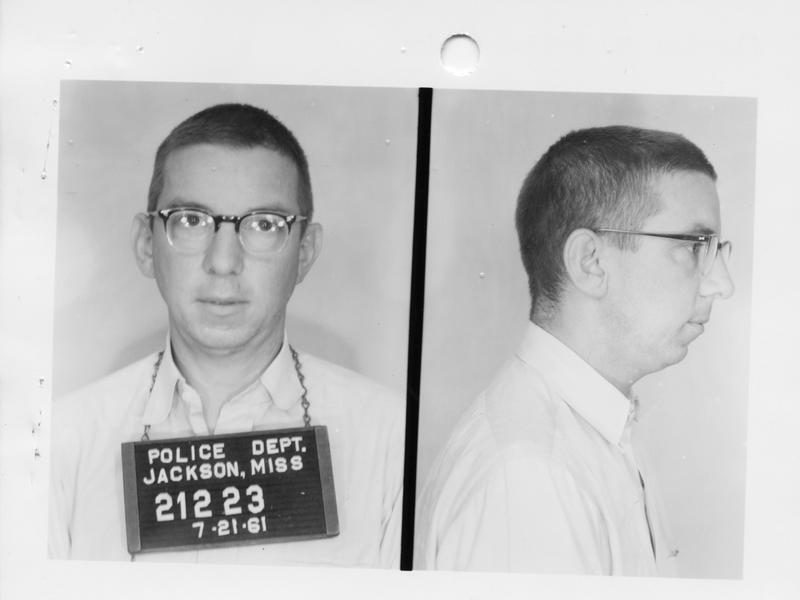 Charles Sellers, a historian whose work on early 19th-century America helped overturn the postwar consensus that democracy and capitalism developed in tandem by showing that in fact they were more often at odds, died Thursday at his home in Berkeley, Calif. He was 98 years old.

His wife, historian and philosopher Carolyn Merchant, has confirmed the death.

The son of a Carolina farm boy turned oil executive, Sellers was inspired by his own family’s rise to material wealth, even as he idealized the life they – and America – left. behind them and castigated the competitive and commodified capitalist way of life that subsumed them. “Capitalism commodifies and exploits all life, I conclude with my life and with all that I can learn,” he said at a conference in 1994.

Such language has often labeled Sellers as Marxist. He wasn’t one, but he was a radical, both in his writings and in his politics, especially in the 1960s at the University of California at Berkeley, where he spent most of his career. .

He was best known for his book “The Market Revolution: Jacksonian America, 1815-1846”, published in 1991, in which he argued that the rapid expansion of capital and industry during this period did more than simply create. a new economy; it changed everything, including the way people worshiped, slept and even had sex.

Such changes, he postulated, were largely undesirable, and the passionate reaction of most Americans was consolidated in the rise of Andrew Jackson, who, as president, faced the coastal elites. , notably in his veto of the Second Bank of the United States in 1832.

The vendors hated Jackson’s pro-slavery sentiment and Native American suppression policies. But he argued that the main object of Jacksonian hatred was not blacks or Native Americans, but capitalism and its benefactors. He also showed that by the end of his second term, Jackson’s movement, torn by internal contradictions and co-opted by financial interests, had largely collapsed.

“He saw the Jacksonians as the last great expression of a democratic sensibility doomed to be overthrown by a bourgeois capitalist sensibility,” said Sean Wilentz, a Princeton historian whose own book, “The Rise of American Democracy: Jefferson to Lincoln” (2005), developed several of the themes of Sellers’ book.

The impact of the book has been profound, at least in academic history. A conference in London in 1994 was devoted to him, and the concept of market revolution became a fixed part of the firmament of the domain.

‘Sellers’ was the thesis that launched a thousand theses, â€historian Jill Lepore wrote in The New Yorker in 2007.â€œ Evidence for the market revolution seemed to be everywhere; that seemed to explain everything.

Charles Grier Sellers Jr. was born September 9, 1923 in Charlotte, North Carolina. His father, whose Sellers ancestors later described as “two-mule farmers,” had moved to town when he was young to attend business school, and by the time young Charles was born he was rapidly rising as an executive at Standard Oil. Charles’s mother, Cora Irene (Templeton) Sellers, worked for a religious society that supported missionaries.

Charles’s parents were strict Presbyterians, and although he later disowned religion, it colored his childhood and later drove his commitment to progressive causes. As a teenager, Charles became interested in civil rights; he later recalled attending an NAACP meeting at which he was one of the few whites among hundreds of blacks.

He studied history at Harvard, but delayed graduation until 1947 to join the military. He subsequently returned to North Carolina and received his doctorate in history from the University of North Carolina, Chapel Hill, in 1950. He taught at the University of Maryland and Princeton before moving to Berkeley in 1958. He remained there until his retirement in 1990.

Sellers’ first marriage to Evelyn Smart ended in divorce, as did her second, to Nancy Snow. With his wife, he is survived by his brother, Philip; his sons, Grier and Steen; his daughter Janet; and two grandchildren.

One of the first things Sellers did when he arrived in Berkeley was join the local Racial Equality Congress. Working with the chapter, he fought against housing and employment discrimination around Berkeley, and in 1961 he traveled with a contingent to Mississippi to support the Freedom Riders. Sellers was arrested, but released with a suspended sentence.

In 1964, he was among the first and most vocal faculty members to support the Free Speech Movement in Berkeley, which opposed the administration’s efforts to curb campus activism.

His involvement began when he saw one of his colleagues arrested during a demonstration and boarded a police car. Immediately, Sellers joined several students in circling the car for hours.

He remembers sitting on the roof of the car when another colleague passed by.

“Charles, what are you doing up there?” asked his colleague.

“What are you doing there, Waldo?” Sellers responded, paraphrasing a quote from his hero, Henry David Thoreau, who had been jailed for not paying taxes to protest slavery and the war against Mexico. (“Waldo” refers to Ralph Waldo Emerson, who visited Thoreau in prison.)

Sellers’ radicalism earned him few friends on the faculty, but the soft-spoken Southerner became an inspiration to Berkeley’s more militant students. He introduced Malcolm X when he came to speak on campus, and then spoke to a crowd of 7,000 at an anti-Vietnam War rally.

His activism did not interfere with his schooling. During the 1960s he produced two volumes of a three-book biography project of President James K. Polk, the second of which, “James K. Polk, Continentalist: 1843-1846” (1967), won the prestigious Bancroft award.

Sellers spent the next two decades working on “The Market Revolution,” which he did not publish until a year after his retirement.

The book is nonetheless evocative of the counterculture of the 1960s – both in its depiction of a pre-capitalist America awash with communal life and free love, and in its rejection of the work of postwar academic historians who, according to Sellers, have tried to hide the reality of the class conflict in early America behind a veil of democratic consensus.

â€œI was alarmed when historians armed the United States for the Cold War by purging the class of conscience,â€ he said at the 1994 conference in London. â€œBy suffocating exploitative capital in an attractive democratic costume, their mythology of consensual democratic capitalism has purged the egalitarian sense of democracy. “

â€œThe Market Revolutionâ€ made waves even before its publication. It had been commissioned as part of the Oxford History of the United States series, but the editor of that series, C. Vann Woodward – also a liberal Southern historian trained in Chapel Hill – dismissed it as being too critical and pessimistic about the beginnings. American history.

Oxford University Press eventually published the book, but outside the series. He elicited intense admiration, but he also drew immense criticism – for example, historian Daniel Walker Howe, who had briefly studied with Sellers, wrote an entire book, “What Hath God Wrought: The Transformation of America , 1815-1848 “(2005), which many saw as a direct critique of Sellers’ work.

â€œThat 1960s flavor is what bothers a lot of people about the ‘market revolution’,â€ Amy Greenberg, a historian at Pennsylvania State University, said in an interview. “But he is a writer as much as a historian, and the picture he draws is an idealization of the time.”

Although he did extensive research for the third volume of his Polk biography, Sellers never completed it. Instead, several years ago, he gave her voluminous notes to Greenberg, which she used to write “Lady First: The World of First Lady Sarah Polk” (2019).

[This article originally appeared in The New York Times.]

“Everyone wants to be a journalist today, but not everyone can”

Obituary of Mervyn Taylor: politician who helped end the constitutional ban on divorce and was the first Jewish member of an Irish government