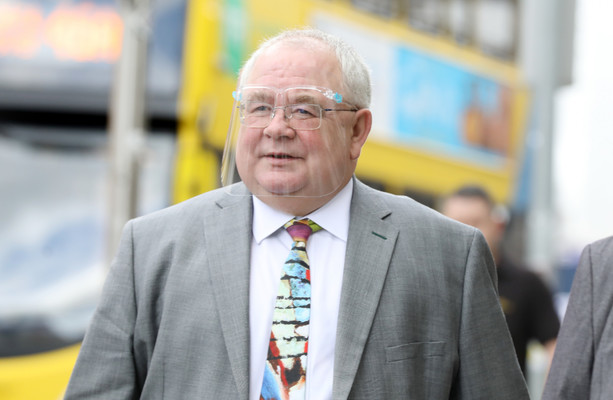 SALARY RESTORATION AFTER a series of pay cuts created an anomaly where Ceann Comhairle’s job is now officially at least the second highest-paying political role in the state after that of president.

The Public Expenditure Department has confirmed that the officially set salary for the post of Dáil speaker is now €227,000, more than €10,000 higher than that of the Taoiseach.

It also exceeds the Tánaiste’s salary by more than €27,000 and the salary of a government minister by more than €43,000, according to department figures.

Discussions have taken place on the salary level applicable to the role of Ceann Comhairle with the Attorney General consulted last year.

The Oireachtas said pay levels for these jobs were set by the Department of Public Expenditure and the Ceann Comhairle had no role in setting the relevant pay scales.

However, they would not comment on what part of the €227,000 salary was paid to current Fianna Fáil holder Seán Ó Fearghaíl.

A spokesperson said: “Members of the Oireachtas may choose to waive certain wages or allowances. Therefore, it should not be assumed that the amounts shown [in government publications] are received. »

The Department of Public Expenditure said office holders – including the Taoiseach, Tánaiste, ministers and Ceann Comhairle – received their salaries as TDs plus additional pay depending on the position held.

A spokeswoman said: ‘Since 2009, through a number of measures, substantial reductions have been made to the salaries of Oireachtas members and certain civil servants.

“The latest of these measures under the Financial Emergency Measures in the Public Interest Act 2013 (FEMPI) implemented a further reduction with effect from 1 July 2013.”

She said rates subsequently increased in April 2017 as pay cuts have been rolled back regularly over the past five years.

“The Ceann Comhairle’s remuneration was therefore fully restored on July 1, 2021 to the rate that applied in September 2008,” the spokeswoman added.

During the same period, however, Cabinet members – including the Taoiseach and the Tánaiste – voluntarily waived 10% of their salary keeping their salary levels below the rates that previously applied.

These cuts did not apply to Oireachtas roles, although creating an anomaly where the position is now officially defined as the highest paid political role in the state, except for President Michael D Higgins.

Documents relating to the wage anomaly were sought under the FOI from the Ministry of Public Expenditure and Reform.

However, the department denied access to each of them – including communications with the attorney general – saying they were either created for Cabinet, legally privileged or otherwise exempt.

The Oireachtas said, however, that any Leinster House official may have opted out of receiving a salary or allowance, and the figures cannot ‘be presumed’ to be fully paid.

They claim that any wage waiver agreement is personal information and have refused to disclose details of any such wage waiver in the past.

A Renaissance Man: Millefiore Clarkes looks back on Gerard Clarkes’ life as an artist, philosopher, poet and father