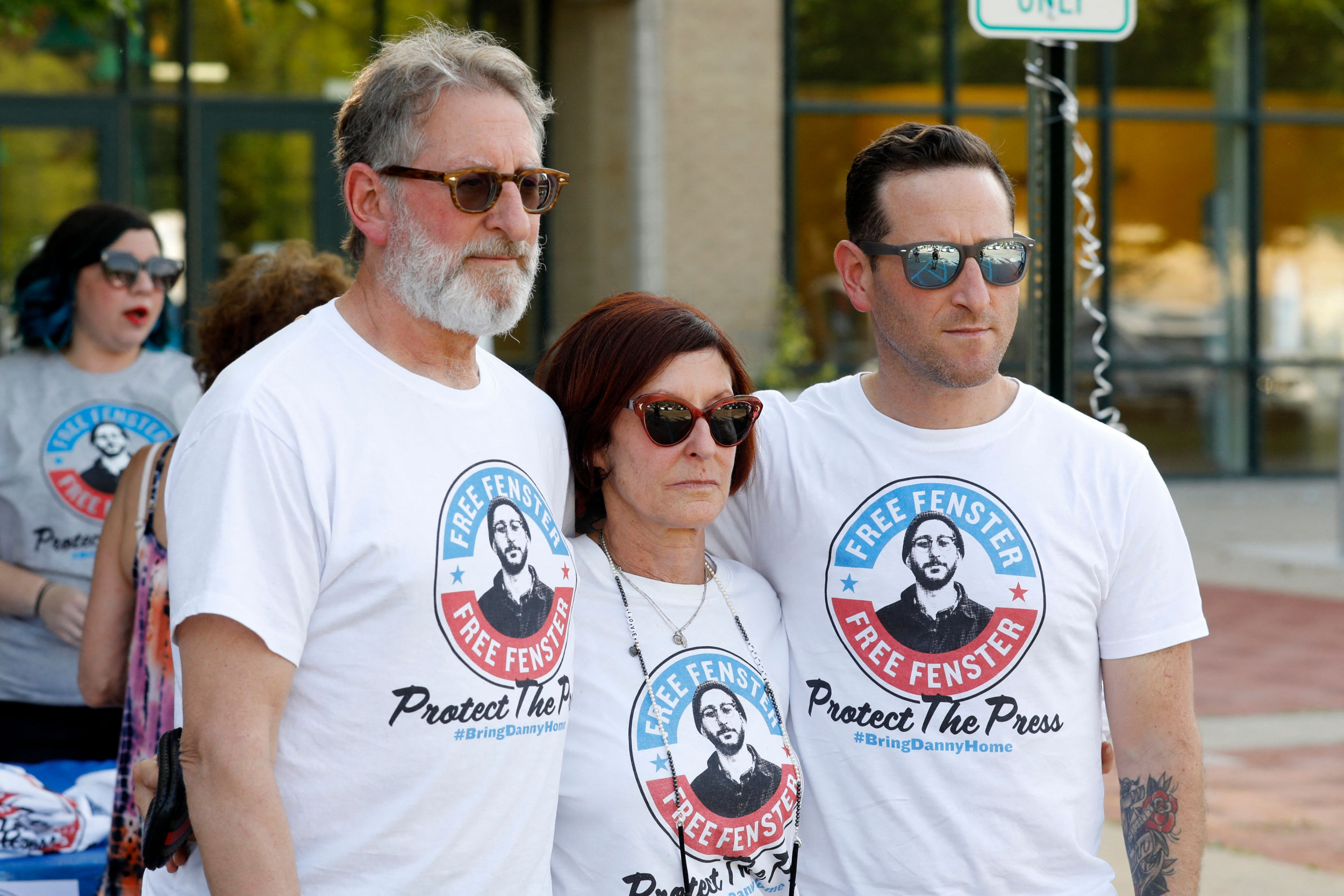 The Myanmar government has accused Danny Fenster, a journalist currently detained in the country, of doing “more” than what other journalists are doing to defend his arrest, the Associated Press reported. Fenster, 37, editor of the online business and news magazine Frontier Myanmar, has now been detained in Myanmar for four months.

Although the Myanmar army-installed government has not disclosed which crimes warranted his detention, the journalist is awaiting trial on incitement or sedition, according to the AP. The charge, which can carry up to three years in prison, is typically imposed on dissidents and journalists for “any attempt to spread fear, spread false news or directly or indirectly stir up a criminal offense against an employee. of the government”.

Military spokesman Major General Zaw Min Tun was asked about the reasons for Fenster’s arrest during a press conference.

“As for journalists, if they are only doing journalistic work, there is no reason to stop them. Danny Fenster has done more than what a journalist does,” he replied, adding that he couldn’t provide more details.

Fenster’s lawyer and colleagues have denied any wrongdoing on his part.

Fenster was among over 100 journalists detained since the February 1 military takeover toppled Aung San Suu Kyi’s elected government. More than half have since been released, but freedom of expression remains tightly restricted, with independent media forced to operate underground or from outside the country. Resistance to the military regime initially met with widespread peaceful protests in the streets, but security forces used lethal force against protesters, killing more than 1,100 people, and are now facing hardship. violent counter-attacks.

Zaw Min Tun denied Fenster’s statement in mid-July that he believed he had contracted COVID-19 and had not received the drugs he requested. Authorities at Insein Prison in Yangon also denied that he was infected. He also told his lawyer on September 20 that he had not been vaccinated against COVID-19.

â€œDanny Fenster is in good health,â€ Zaw Min Tun said. “The COVID-19 vaccine is given to everyone who is in prison. It is up to them to decide whether or not to be vaccinated.”

Fenster’s attorney, Than Zaw Aung, said Fenster appeared demoralized when he last spoke to her on video conference during a court hearing on September 20.

“His hair grew longer. He looked disappointed and he told me in a frustrated tone that ‘I have nothing to say,'” the lawyer said. “I asked him if he had been vaccinated by the prison authorities, and he said no. His words showed that he was not feeling well. He did not ask for anything.”

Fenster was arrested at Yangon International Airport on May 24 as he attempted to board a flight to the Detroit area in the United States to see his family, who are currently campaigning for his release. The US government and international media organizations have backed their call for the release of Fenster and other journalists.

Than Zaw Aung said in July that his client was charged with his previous work as a journalist and editor for the Myanmar Now online news site.

Myanmar Now, along with several other media outlets, had its license revoked in early March, banning it from posting on any platform. However, it continued to operate online.

Fenster resigned from Myanmar Now in July last year and joined Frontier Myanmar a month later, and it is not known why he was arrested, his lawyer said.

“What I can say is that he was charged as a Myanmar Now staff member. I don’t know if this is an article published on Myanmar Now or not,” a- he declared.