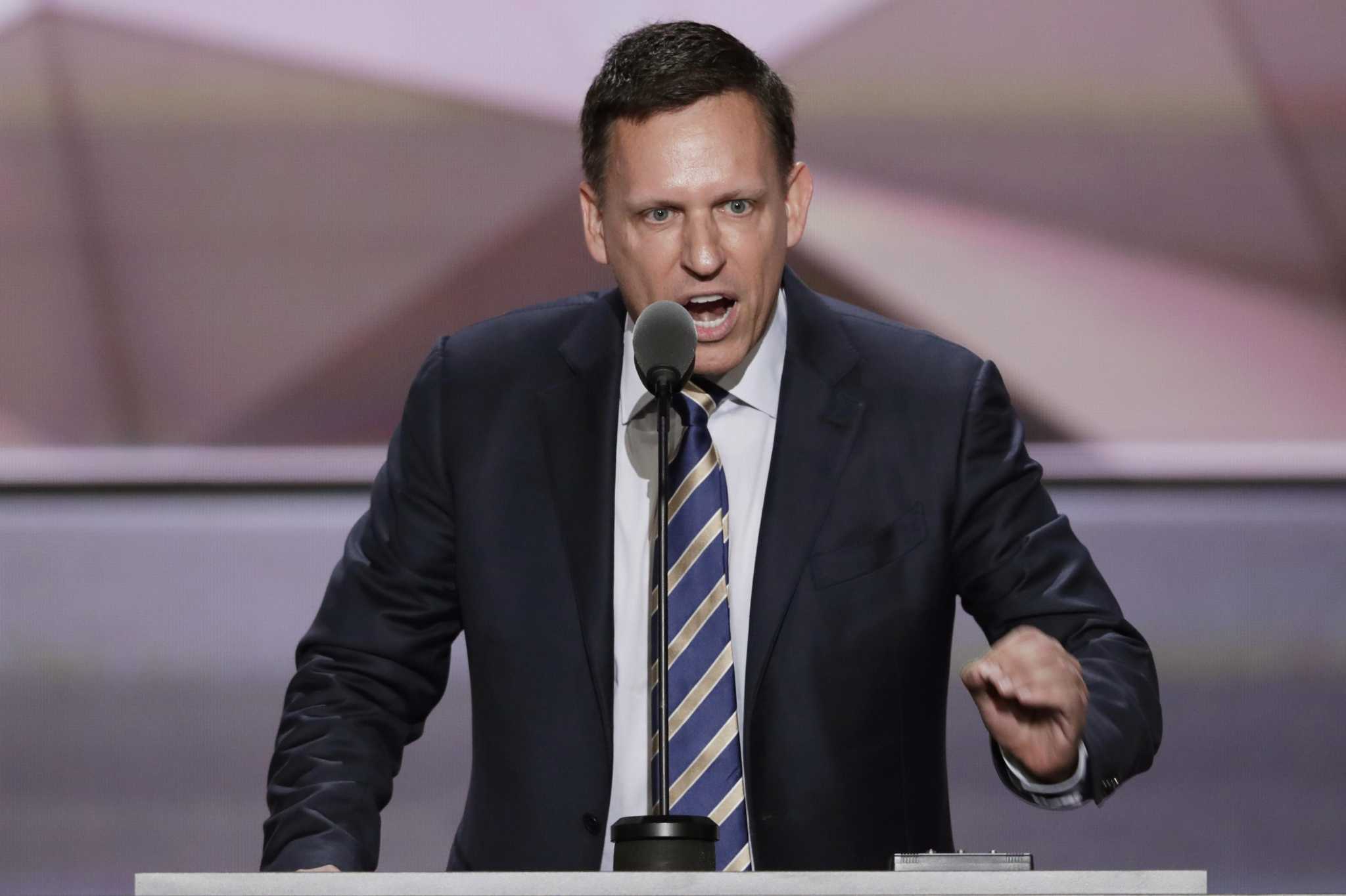 As the new golden age is now in full swing, we are led by a class of philosophical kings who straddle business and politics.

Unelected and with little control over their power, these philosophical kings – who are usually billionaires – wield enormous influence over our lives. They generally receive hagiographic coverage from the business press.

My New Year’s resolution is to learn more about our Golden Age technology and finance overlords by reading their biographies and their own writings. If I cannot prevent their leadership, at least as a citizen, I can try to understand it.

With that in mind, I read Max Chaftin’s great biography of a philosopher king, “The Contrarian: Peter Thiel and the pursuit of power in Silicon Valley», Published in 2021. I also read Thiel’s start-up advice book from 2014, “Zero to one”, co-written with Blake Masters.

Peter Thiel’s entrepreneurial and investing CV is mind-boggling: he co-founded and then sold PayPal in 2001. He provided the first outside investment to Facebook in 2004. Since then he and his funds have invested in many successful companies such as Yelp, LinkedIn, Airbnb, Lyft, and SpaceX, all while running Palantir Technologies, a multi-billion dollar data mining company founded by Thiel in 2004.

Thiel also pursued a political philosophy of extreme libertarianism, which became more openly known when he was one of Silicon Valley’s few backers for Donald Trump’s candidacy and presidency in 2016.

As an undergraduate and then law student at Stanford in the late 1980s and early 1990s, Thiel was 30 years ahead of his time in identifying, and then attacking, multiculturalism on college campuses as a unifying enemy of the right. Thiel founded the Stanford Review in 1987 and is the author “Myth of Diversity: Multiculturalism and Intolerance on Campus in 1995” – both publications lay the foundations for today’s political struggles against overly “awake” campus cultures and “critical race theory”.

Agree or disagree with him on politics, he’s certainly good at anticipating where things are going, both in business and in politics.

What seems to me the most important to know about Peter Thiel from Max Chafkin’s book is this: Peter Thiel is not a good guy. He used ethically dubious, if not underhand, methods to eliminate his partners in his original successful business, PayPal. He would continue this pattern of short-circuiting the early founders on several occasions, including encouraging Mark Zuckerberg to undermine his own partners at Facebook.

Advocates can see and justify this behavior as the kind of cruelty necessary to be successful at the scale that Thiel has in business. For my part, Chafkin’s book makes me think that Thiel is a philosopher king whom we should be very, very afraid of.

He used his fortune to secretly sue, and ultimately bankrupt, online media company Gawker because of its unflattering coverage over the years. He has over 30 years of experience building networks with right-wing provocateurs who are not just conservative in the traditional sense, but anti-democratic in the most dangerous sense.

He supports and associates himself on several occasions with personalities of the alt-right fringe like Charles Johnson, Curtis Yarvin and Milo Yiannopoulos. They are not so much conservative intellectuals and center-right public figures as provocateurs opposed to democratic norms.

Johnson then softened that statement about his friend to imply that Thiel simply has far-reaching intellectual interests. But Thiel’s billionaire philosopher’s scheme of interests suggests he has some sort of anti-democratic approach to the end-time government, which blows the system up.

He also has a clear preference for monopolies as a business strategy and spends considerable time describing Google’s monopoly power in “Zero To One”.

The rest of “Zero To One” is much like business books, although like many others of its type, it is filled with general generalizations stated with supreme confidence, relying on anecdotes rather than Datas.

One of the clear lessons from Chafkin’s book is that Thiel’s life and philosophy are at odds. He describes himself as a libertarian whose main tech holding company, Palantir, depends on national security contracts from governments. Its other major investment, SpaceX, depends on NASA and military spending.

Another strange contradiction between Thiel’s stated philosophy and life is that he expresses his pessimism about the American tech and innovation scene, claiming that the 1950s to 1960s were a golden age of voluntary optimism, now lost. Political correctness and transfer payments apparently killed the American dream. That’s odd, considering the explosion of power and innovation in Silicon Valley he’s witnessed and been a part of.

Although he professes an anti-government philosophy, he has certainly invested heavily in political campaigns. He became known for making timely and crucial donations to Ted Cruz’s 2012 senatorial campaign and Donald Trump’s 2016 presidential election. Palantir’s federal government contracts soared under Trump, becoming the ultimate entrepreneur of the military-industrial complex.

Blake Masters isn’t just the co-author of “Zero To One, “ he is also running as a Republican primary candidate for the US Senate in Arizona in 2022. Another Thiel sidekick, JD Vance, is running as a Republican primary candidate in Ohio after working at Thiel’s venture capital firm, Mithril. Vance received $ 10 million in PAC support from Thiel. It all sounds like a philosopher king increasing his grip on the US Senate.

As a red-blooded capitalist, I can admire Thiel’s success as the ultimate builder and investor.

As an American and a supporter of democracy, there is something deeply troubling about the absolute concentration of power in the hands of very few. A billionaire philosopher may have, in a sense, “earned” our respect through their business accomplishments, but that doesn’t mean the outcome is the best for the rest of us.

I hasten to add that if you admire Thiel’s alt-right philosophy, you can applaud his growing power and influence.

Or you can point out the influence of another billionaire philosopher king, like George Soros, and pretend that what’s good for the goose is good for the gander. But that would be missing out on the danger. I do not like at all to be subjected to the uncontrolled power of the philosophical kings, whatever their particular policy.

What is there to do? The current movement to curb Big Tech – a movement with the equally enthusiastic backing of Conservative Missouri Senator Josh Hawley and Progressive Massachusetts Senator Elizabeth Warren – may be one way to address this concern.

On ExpressNews.com: Taylor: Antitrust action is not anti-business. Done well, it stimulates innovation and helps markets

I should be encouraged by Hawley’s interest. But when I read Thiel’s $ 300,000 contribution to Hawley’s first Missouri-wide office candidacy, I’m concerned Hawley is some kind of cat’s paw for Thiel’s attempt to break up. Google’s monopoly, for the benefit of Thiel’s own business interests.

We need a better way to curb the philosophical kings.

Michael Taylor is a columnist for the San Antonio Express-News, author of “The Financial Rules for New College Graduates” and host of the “No Hill For A Climber” podcast.