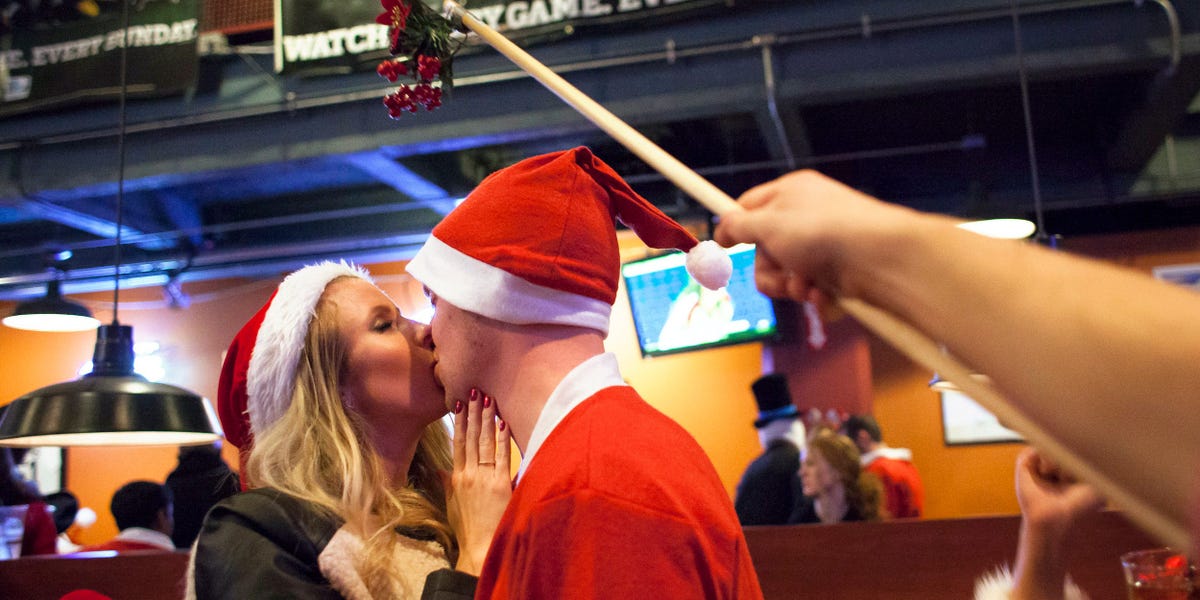 Avoid kissing under the mistletoe amid fears of Omicron: British politician

People should probably avoid “smooching under the mistletoe” this holiday season, as scientists try to learn more about the potential impact of the Omicron coronavirus variant, a senior British politician said on Wednesday.

When asked whether people should be careful in the coming weeks or continue with unchanged plans, UK Work and Pensions Secretary Therese Coffey said ITV’s Peston program: “Well, for what it’s worth, I don’t think there should be much smooching under the mistletoe,” referring to a British slang term to embrace.

32 cases of the Omicron variant have been recorded in the UK so far, Reuters reported on Wednesday. Omicron was declared a variant of concern by the World Health Organization last Friday. It has now been detected in 28 countries around the world, NBC data shows.

It is not yet clear whether Omicron is more transmissible, if it escapes immune protection from vaccines or a previous infection, or if it causes symptoms different from other variants, previously reported Erin Schumaker of Insider. .

Omicron, however, carries a set of mutations that are of concern to scientists.

The vaccines offer the best protection against hospitalization and death, even against the Delta variant, Insider previously reported.

Coffey’s comments drew criticism from Harry Cole, the political editor of The Sun newspaper, who said in a tweet on Wednesday that his words amounted to “more mixed messages” from the government.

Harries said on Tuesday the public should “decrease our social contact a bit”, by the Financial Times, while Johnson said people shouldn’t cancel Christmas plans, The warden reported.

Coffey then tweeted in response to Cole’s tweet that people should avoid kissing strangers in particular, but that the government was working “exceptionally hard” so everyone could enjoy a “good Christmas on their knees,” according to a British saying. which means a lively and energetic party with dancing.

UK reported 48,374 COVID cases and 171 deaths on Wednesday, when the most recent figures were released. There have been some 305,000 cases in the UK in the past seven days.

How the “one team, one goal” philosophy helps PTTEP employees reach their maximum potential