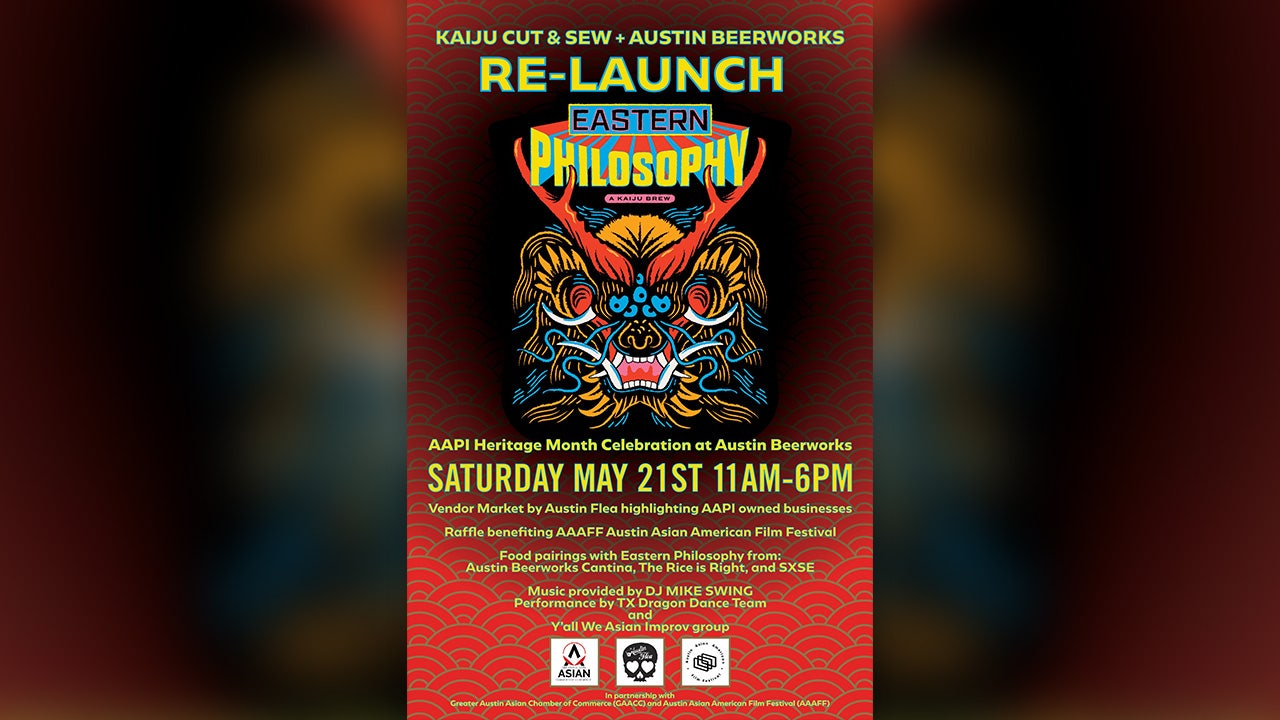 AUSTIN, TX – A celebration of Asian American Pacific Islander Heritage Month is held in Austin Beer Factory featuring a variety of events including the revival of Eastern Philosophy, a Kaiju Brew.

Eastern Philosophy, a Kaiju Brew was first released in January 2022 as part of a collaboration between Austin Beerworks and Kaiju Cut & Sew. Austin Beerworks has been brewing beer in Austin since 2011 and Kaiju cut and sewn manufactures custom handmade bags and minimalist items featuring Japanese fabrics and ethically sourced leather.

The beer is 7.5% ABV and is a strong lager infused with Jasmine Dragon Pearl tea and is made to be poured over ice. It comes from the mind of Chris Gomez of Kaiju Cut and Sew and Austin Beerworks brewing director and co-founder Will Golden.

The AAPI celebration featuring the revival of Eastern Philosophy, a Kaiju Brew will be on Saturday, May 21 from 11 a.m. to 6 p.m.

There will be a Sellers Market by Austin Flea highlighting AAPI-owned businesses, wine pairings from Austin Beerworks Canteen, rice is rightand SXSEand performance of TX Dragon Dance Team and you are all asian improvisation group.

A raffle will also be organized for the benefit of Austin Asian American Film Festival.