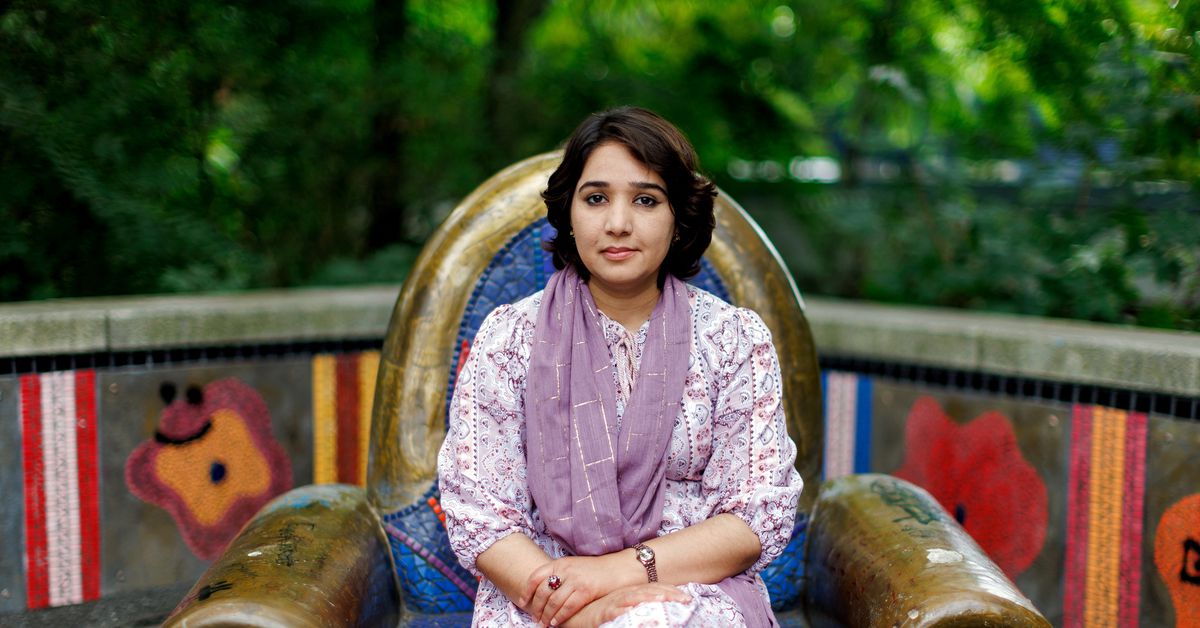 BERLIN, Aug 26 (Reuters) – It was when the Taliban came to arrest her and her brother in October that Fawzia Saidzada, an Afghan journalist and women’s rights activist, finally decided it was time to to run away.

The 30-year-old managed to get out the next day after promising the Taliban that she would denounce other journalists and activists, which she never did. Her brother was detained for 15 days.

“When the Taliban came to power, we decided to fight the Taliban,” said Saidzada, who is raising a 13-year-old son on her own. “Our slogan was ‘either freedom or death’.”

But the episode taught her that she must continue her fight for the rights of girls and women abroad. She arrived in Berlin six weeks ago with her son, mother, two brothers and one of her brothers’ families.

Saidzada is one of thousands of Afghans who have moved to Germany since US President Joe Biden ordered the withdrawal of US-led forces that for decades supported the government in Kabul.

Within days, the Taliban had regained control, having fought a 20-year insurgency in which tens of thousands of civilians had been killed. Since then, they have restricted the rights of women and girls.

Until the fall of Kabul, Saidzada was a prototype of Afghanistan’s new free woman, first studying law and then journalism before working as a journalist and commentator and heading an international human rights organization. man.

The UN mission in Afghanistan says the Taliban are limiting dissent by arresting journalists, activists and protesters.

The Taliban government, some of whose top leaders are on US wanted lists for suspected links to terrorism, has pledged to respect people’s rights in accordance with its interpretation of Islamic law and said it will investigate the alleged abuses.

In Germany, Saidzada said she wants to set up an aid organization specifically for young people in Afghanistan and maintain contact with human rights defenders, activists and former soldiers in her home country. And she wants to finish her master’s degree in international relations.

But the fight will be a long one because, she says, the Taliban have brought Islamist militants from around the world to Afghanistan and forced doctors, lawyers and trained journalists out of their jobs.

Even as she rushes to learn German and settle down, Saidzada has strong blame for a country that, in coalition with the United States, first promised to save Afghanistan then abandoned it. One day she would like to address the German parliament, she says.

“Why did you leave us alone?” Saidzada said she would ask lawmakers.

Case of the death of Sonali Phogat: documents show the actor-politician as the wife of his personal assistant!