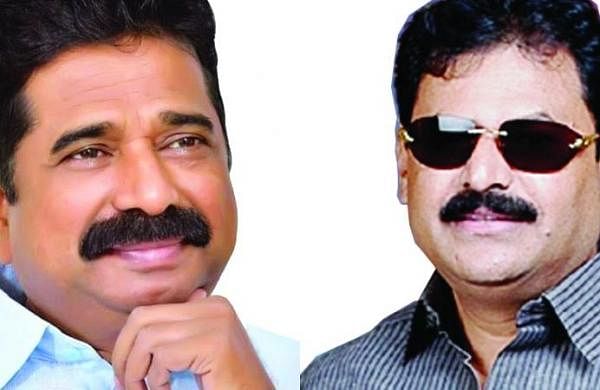 After a decade, another Karnataka politician duo speaks of ‘test of truth’ in Dharmasthala – The New Indian Express

SHIVAMOGGA: Sagar BJP MLA and former minister Haratalu Halappa and former MLA and KPCC spokesperson Beluru Gopalakrishna are scheduled to testify before the deity at Dharmasthala Temple on February 12, 2022.

It may be recalled here that former CMs BS Yediyurappa and HD Kumaraswamy in 2011, on an allegation of corruption, challenged each other to testify before the deity in 2011, but that did not happen as Yediyurappa was asked not to. done by the high command. This time, sitting MPs and former MPs are talking about passing the test of truth.

Gopalakrishna, addressing a press conference in Hosanagara recently, alleged that Halappa received a commission from the owners of sand trucks in Sagar and Hosanagara taluks and threatened them not to allow them to illegally extract sand if the commission was not paid.

“If Halappa is honest, let him come before the deity and swear to the god that he didn’t take any commission from the truck owners. Halappa compels truck owners to make statements against me. Instead, let Halappa himself testify before the deity. I will also testify that Halappa took the commission,” Gopalakrishna had said.

Against Gopalakrishna’s statement, Halappa asked him on Wednesday to set the date. “I’m willing to swear to god that neither I nor my relatives have taken any commission from the sand truck owners. I also did not accept money from the police. Let Gopalakrishna also prove that he did not accept commission from sand truck owners and police,” he said. Halappa himself set the date he was ready to testify before the deity on February 13.

Fan Focus: Writer Paul Goodwin says ‘this could be a very tough and long afternoon’ for Donny!