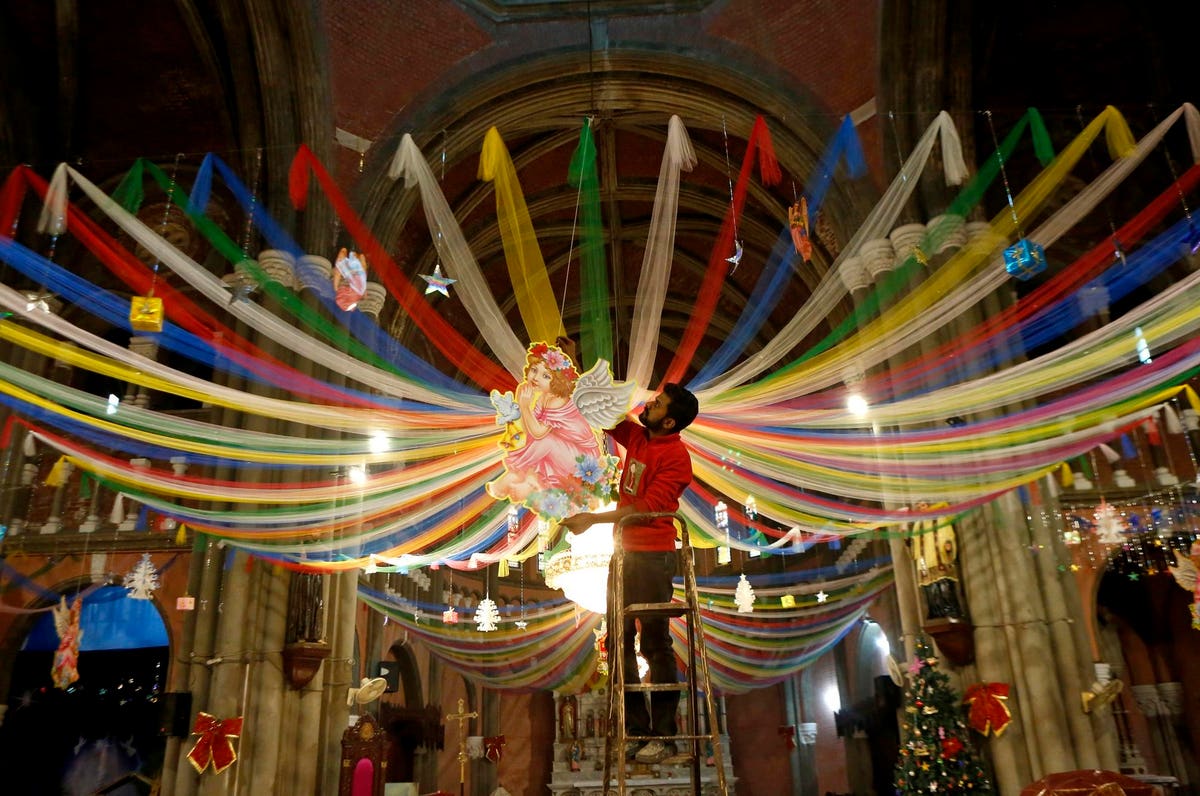 A traditional feast that should unite and not divide

A correct view of the human person is essential for economic science and for the formation of economic policy. If most people saw humans as just another group of chemicals, our political discussions and analyzes would be very different. The holiday that Christians celebrate on Christmas has helped shape our view of what it means to be a human person.

While Christianity – and all other faiths – by definition requires us to go beyond reason, that does not mean that it is unreasonable to rely on traditions that reason alone cannot explain. This idea is found in the English philosopher John Locke Reasonableness of Christianity (1695). Locke wrote to the Bishop of Worcester, England: â€œSacred Scripture is for me, and always will be, the constant guide of my assent; and I will listen to it always, as containing the infallible truth concerning the things of the highest importance. ”

In his classic Road to serfdom (1944), FA Hayek writes that individualism at the heart of Western civilization developed from â€œelements provided by Christianity and the philosophy of classical antiquityâ€. Hayek has championed a type of liberalism which “is at least not incompatible with religious beliefs and has often been held and even developed by men with strong religious beliefs”. He identified with the liberalism of Edmund Burke, Tocqueville and Lord Acton. When speaking of traditions and religion, even non-religious historians must recognize that few events have been as significant as the Christian account that God became man and that each person receives his or her dignity from this event. .

The holiday of Christmas, like other Christian traditions, has evolved with influences from many cultures. Its name in English literally means â€œmass of Christâ€. In several Romance languages, the term for Christmas derives from Latin for “birth”: Navidad in Spanish, Native in Italian, Native in portuguese and Nadal in Catalan. Linguists also retrace French Christmas old french nael, which also derives from Latin natalis.

The exact date of Jesus’ birth is not known, but the earliest references to the celebration of Christmas date back to the 4th century. Many argue that the date of December 25 was chosen because it coincides with the winter solstice, the day when the sun “resumes its movement” and its life-giving rays after “having stopped”. In the Roman Catholic faith, the exact date of birth of Jesus is not a matter of dogma, something one must believe in order to remain a Catholic in good standing. Same Pope Benedict XVI questioned, in writing, the presumed date of Jesus’ birth. In the third and final volume of his book on the life of Christ, Jesus of Nazareth: Stories from childhood, Benedict wrote that Jesus could have been born earlier than expected. This shouldn’t bother those of us celebrating Christmas, as the purpose of the evangelists was not to write a complete and precise historical timeline “but a record of what seemed important to the budding faith community in the light. of speech. Stories from childhood are interpreted like history, condensed and written according to the interpretation.

Some of the earliest recordings place Christmas celebrations in North Africa, in Numidia, which is today in Algeria. Further east, Gregory of Nazianze preached a Christmas sermon on December 25, 380 in Constantinople (now Istanbul). Other early Christmas celebrations take us to Antioch, Alexandria (Egypt) and Palestine. Historians believe that it was in the 6th century that the date of December 25 began to shift other dates.

The traditions of this festival, from the Christmas tree to the crib, have continued to evolve over the centuries. But the holiday has also come under its attack, even in the West and long before the culture of cancellation of the 21st century. The 1926 Encyclopedia Britannica entry at Christmas, for example, notes that in Britain, before the conversion of culture to Christianity, there was already a holiday celebrated on December 25. Further, â€œin 1644 the English Puritans prohibited any holiday or religious service in Act of Parliament, on the grounds that it was a pagan holiday, and ordered that it be observed as a fast. Charles II (1630-1683), after being crowned King of Great Britain and Ireland in 1660, returns to the party.

Nowadays too, of course, many people describe Christmas as divisive and prefer a generic “holiday” celebration. Dennis Prager, the founder of PragerU, produced a short video to counter this idea. In the video, with over 7 million views, Prager notes that the song “White Christmas”, one of the most popular in the United States, was composed by the talented composer Irving Berlin (1888-1989), a Jewish Russian-American. He also points out that many Christmas carols were written by other Jewish composers. Although Prager, as an American Jew, does not celebrate Christmas as a holy day, he welcomes the continuation of this tradition. He also favors maintaining the name of the feast for what gave it its name, the celebration of the Nativity of Jesus Christ.

Reverend Robert Sirico, co-founder and recently retired President of the Acton Institute, has dedicated most of his life to integrating his faith and understanding of the free economy. He continues his educational efforts, and in a co-hosted program last week by the University of Montevideo and two Uruguayan think tanks, CESCOS and FREE, Sirico explained why the celebration of Christmas goes beyond religion: â€œThe fact that we celebrate such a widespread holiday, especially all over the world, maybe not so much in the Middle East, but even there, there is an awareness that Christmas speaks of the universal pretension and insight of what Christianity brings to the world of ideas. “Sirico adds, it is” a feast day on humanity where the Divine dwells there. ‘human. This is what we call in theology, the Nativity, the feast of the Incarnation. “The consequence of this, continues Sirico, is that by believing that” at a particular moment in history God chooses to become one with us, even to the point of having a mother â€, all our activities, not just our economic life, gain a richer meaning.

Celebrations that transcend cultures can help bring more unity to the world. You don’t have to be a theologian or a philosopher to enjoy Christmas. It is a good time to reflect, sometimes with admiration, on the miracle of human life and the generosity of Creation.