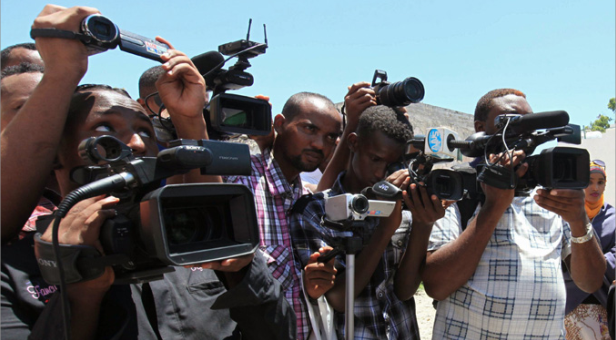 Abuja-based journalist Yusuf Alli, who recently joined the 60-something club, has decried the declining role of the media as the country’s fourth power.

Receiving officials from the House of Representatives Press Corps led by Grace Ike, he expressed concern about the decline in the independence of the media.

The editor (northern operations) of the Nation newspapers lamented the gradual shift of the media to the seventh or eighth domain of the kingdom, losing its capacity for advocacy and its ability to frame political issues.

According to him, the simple fact that the content of the media space has become predictable should worry journalists in the country.

Emphasizing the need to place the upholding of journalism ethics above selfish and overriding interests, he said it is incumbent on practicing journalists to come together to save the profession through individual and collective efforts.

He noted, “They (politicians) know they can even buy media space. They throw you an ad to kill a story and the next day you won’t see the story. They begin to understand the game and little by little they begin to erode our skills, our independence and the Fourth Estate of the realm loses its beacon.

“The most important thing is that whatever you do in life will always live after you in life. My call to you is to work for the legacy. So what we have to work for is a good name , which is worth more than silver and gold.

Ike described Alli not only as a super mentor to many young journalists, but also as a beacon of hope, who always reminds his colleagues that journalism is still a dignified profession that shapes the mood and opinions of society. .

He added, “At 60, the younger generation is looking forward to your leadership style and learning more from your experience in the industry over the years.”

Former WWE writer Brian Gewirtz: Taz was originally going to be revealed as the person who hit Steve Austin with a car – Reuters

In pictures: Amoako Boafo’s first solo exhibition at the museum in Houston shows visitors ‘how I want to be seen’