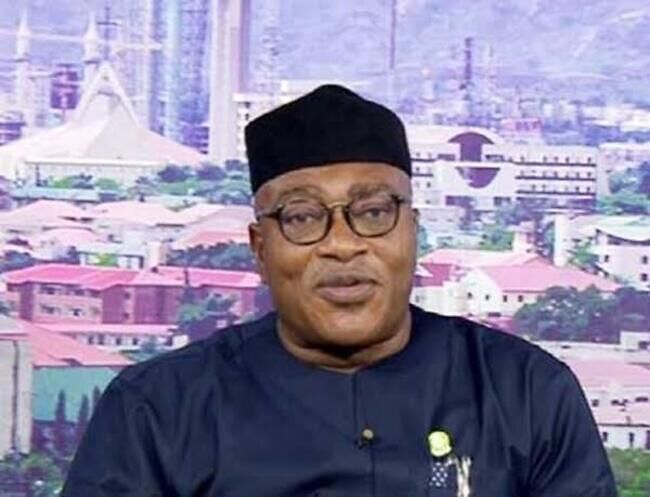 A former Director of the Department of Security Services (DSS), Mike Ejiofor, has instructed politicians and political parties across the country to take deliberate and decisive action to address electoral violence in Nigeria’s 2023 general election.

Ejiofor said this in Akure, the capital of Ondo State, during the 2022 annual public lecture of the Ulefunta festival under the title “Curbing Electoral Violence and Associated Crimes in Contemporary Nigeria: Roles of Traditional Institutions in Perspective”,

He noted that traditional leaders across the country have a crucial role to play ahead of the 2023 elections to build citizens’ confidence and ensure their participation in the electoral process and the peaceful conduct of elections.

He specifically stated that there was a need to improve the country’s security to build voter confidence ahead of the 2023 elections, saying the security situation in the country was of concern, given its impact on voter turnout during elections. general elections.

Ejiofor called on politicians to focus on discussing issues rather than political warming, urging them to refrain from hate speech and violence which are major threats to the country ahead of the 2023 general elections. .

According to him, “there is a security threat towards the general elections of 2023. There would be a threat of fake news, violence, personalities, health problems of one among others, instead of what the no one wants to give. So we need to focus on discussing issues rather than warming politics.

Ejiofor, who also called on government at all levels to enhance the relevance of traditional institutions for optimal performance in society, advised political leaders to refrain from interference and/or dethroning of traditional rulers due to differences personal or unsubstantiated allegations.

He, however, cautioned traditional rulers against openly endorsing any candidate for political office, saying their role should end in offering prayers to anyone who visits them to discuss politics.

“Traditional rulers are therefore expected to advise political leaders on issues that can improve good governance and the distribution of democratic dividends; Influence their subjects, using every means possible to embrace peace at all times.

“They must help preserve the culture, tradition and history of the society, which includes avoiding violent behavior; liaise with security and other government agencies to ensure the stability of the political regime and to ensure the peaceful coexistence of the people in their various areas while remaining neutral on political issues”

He noted that “Despite various subtle and brazen interferences in the affairs of traditional institutions by politicians, they still wield enormous powers and brotherhood among the people.

“No wonder politicians frequent them, especially during election times. This clientelism is currently visible and will increase as the general elections of 2023 approach.

“Nation building is serious, intentional and planned. We all have a duty not to remain indifferent but to make our contribution to the development of this country, since we have no other country.

“As we approach the 2023 general election, we need to take notice of some of the underlying causes of election violence if we are to defeat the threat.”

The Deji of Akure, Aladetoyinbo Aladelusi, has called on the government of President Muhammadu Buhari to allow state security services across the country to carry arms to protect people’s lives and property.

According to the monarch, the issue of security has become a concern even in the face of uncertainty and worsening security situation ranging from banditry, kidnappings and oil theft, murders and terrorism, ethnic and religious sectarianism , among others.

Aladelusi said: “It is crystal clear that the reality has now dawned on us on the need for the involvement of our traditional institutions as a means of providing a grassroots approach to tackling insecurity.

“Let me inform you that through our grassroots outreach, our efforts have yielded many results such as approximately 850 youths have renounced the cult in Akure Kingdom.

“The state government has appreciated this effort and many kingdoms have taken similar initiatives in their respective areas to rid their regions of criminals and rogues.

“The Amotekun Corps is one of the local approaches that is giving the desired result and I strongly believe that the huge success recorded is due to the traditional rulers being sufficiently involved and carried into the scheme of things.”

The monarch said: “Traditional institutions can no longer continue to play a simple advisory role without a defined and specific role that can make them contribute significantly to the protection of lives and property.”

An anti-LGBTQ group has threatened to sue writers for defamation. The ACLU defends them.