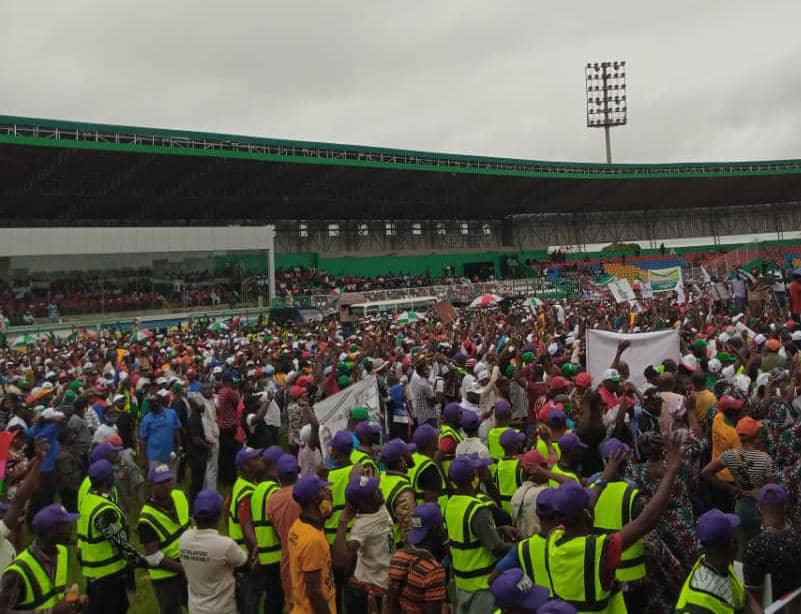 “This election period is the only time Nigerian politicians listen to (the masses). After this period, when they must have been elected, they begin to issue instructions which we must obey, whether we like it or not. We must therefore strive to ask them questions on how they intend to manage the economy of the country so that the current unemployment rate decreases and the value of the naira against the dollar increases.

This was a submission from Dr. Salihu A. Ajia, a retired but not weary academic, when he appeared on a radio show, “The Perspectives”, on Sobi FM Ilorin on Thursday morning last week .

He opined that as Nigerians set to elect another set of political leaders to rule (ruin, depending on how you feel and view you) over the affairs of the nation, from May 29 of the next year, the socio-economic realities, most of which are direct consequences of the (non-)performance of leavers, bite hard. Inflation was galloping. Unemployment, insecurity and food shortages are commonplace. The decline in the value of the country’s currency, the Naira, among other economic indices is phenomenal. Things are generally not what, or how, an average Nigerian wants them to be, or thinks they should be. A 50kg bag of rice that hovered around twenty-six thousand naira (₦26,000), this time last year is now worth between forty-five thousand naira (₦45,000) and fifty thousand naira (₦50,000) , depending on your location.

The one that is most tragic, because the most dramatic, is the steady and dramatic decline in the value of the Naira. While this is not unexpected for an import-dependent economy like Nigeria’s, it raises serious concerns and requires very urgent attention from those to whom we entrust our socio-economic destiny as a nation. The exchange rate is officially no more than four hundred and forty naira (₦440), but it is close to nine hundred naira (₦900) in the busiest and busiest (parallel) market, created and powered by the systemic system. corruption in our financial ecosystem, managed by the Central Bank of Nigeria (the CBN). The ripple effects of this, on the general price level, are, to say the least, obviously massive.

Another very critical issue is that, most of the oil-producing countries are smiling at the bank, because of the energy crisis in Europe, caused by the war between Russia and Ukraine, but Nigeria, a major oil-producing nation oil – number one in Africa, and number 10 in the world, is insolvent, due to a dodgy fuel subsidy scheme, the benefits of which do not trickle down to the target beneficiaries – the oppressed, socio-economic Nigerians. economically vulnerable. The reason is not far-fetched. Corruption in the country’s oil and gas sector is legendary. Oil theft is rampant in the country, with the complicity of senior government officials – a poorly kept secret. In a country where the government is responsible and reactive, heads would have circulated within the Ministry of Petroleum Resources, and even among the security agencies whose complicity we do not need an FBI, to put themselves in place. But this is Nigeria. “Nothing happens”. More than half of the subsidized products are smuggled to be sold across the border in neighboring West African countries. The NNPC (Nigerian National Petroleum Corporation, now Nigerian National Petroleum Company Limited) is a cesspool of corruption. It tells the story of a chronically mismanaged economy and economic opportunity.

Whether we like it or not; whether we admit it or not, food scarcity, the free fall in the value of our currency against major international currencies, insecurity, unemployment, epileptic electricity supply and failing health sector, remain some of the national issues requiring urgent attention from the successor to President Muhammadu Buhari and his fellow travelers come next year. Whether it’s Asiwaju Bola Ahmed Tinubu from APC, Alhaji Atiku Abubakar from PDP, Peter Obi from LP, Rabiu Musa Kwankwaso from NNPP, Omoyele Sowore from AAC or Adewole Adebayo from SPD is the only time they listen and are always ready to talk to us (Nigerians), with a good dose of civility as a bonus. Even though we know that all they will say are platitudinal half-truths, as part of the rituals of campaigning in a democratic setting, we must not let it pass without exploiting it. We need to hear from each of them, how they intend to tackle this plethora of issues, if elected. Candidates must be made to engage with us in a way that will make their promises undeniable, by 2026. And, for promises to remain undeniable, they must not come from spokespersons for their parties or their running mate. It should be in an accessible and retrievable document, like a manifesto, written in black and white. We then have to interrogate the documents to see if they are aware of the enormity of the challenges, the lack of resources to solve them, and how and where they would raise the necessary funds, without resorting to “Kao Kudi”. “Economic philosophy of borrowing to finance because we have a debt profile that would take generations to repay. They must be brought to explain to the Nigerians how they intend to go about finding the funds necessary for the execution of the projects aimed at solving these problems. In 21st century Nigeria, it is no longer enough for an aspirant or candidate to tell the masses that “I will do this, I will do that”. They have to tell people where and how they will find the funds to carry out the project they promise people. Nigerians do not deserve another group of leaders whose business actions are to blame and repeat the problems for which they were elected. It’s the only time in a four-year cycle that they seem to be listening. This is why I advised, in one of my recent articles, that in “2023: Nigerians must negotiate from a position of strength”.

Nigerians must not get carried away with their useless slogan war. Whether it’s “Batification”, “Atikulation” or “Obidient”, it shouldn’t be our business. What should be our concern is the ability of the candidates, rooted in their understanding and appreciation of the gravity of our problems, and the political will to tackle them head on. Whether it’s “Unify”, or “Disunify”; “Renewed Hope”, or “Renewed Lack of Hope”, “Dey Give Shishi” or “No Dey Give Shishi”, all Nigerians should care about who is able and willing to ensure the safety of lives and property; stable electricity supply; affordable food prices; affordable and accessible health care service; Job creation; improving the quality of teaching in our schools; fix the plethora of potholes on our highways and open new ones; access to clean and safe water, among others.

Nigerians have witnessed enough battles of slogans, glossy posters and other aesthetic things that don’t really matter to last two lifetimes. Nigerians, especially on social media, need to stop engaging with politicians over frivolous matters, like the color and size of a presidential candidate’s dress – things that have no meaning. direct impact on their well-being. Problems that have nothing to do with the prices of; diesel, PMS, cooking gas, rice, Gari, semo vita, bread, availability of essential medicines at affordable rates in our primary health care centers, stable electricity, safety of life and property, must not do the subject of unnecessary attention. We need to stop dissipating our energies on issues without direct and positive impacts on eliminating potholes on our roads, a functioning railway system, a good learning environment and a stable academic calendar in our institutions. higher education, among others.

The level of hunger in the country does not afford us the luxury of indulging in the frivolities that are currently seen on social media. A man whose house is on fire is to be seen, wandering around, chasing rodents. Rather, we should be concerned with setting a development agenda and the tone of economic/political debates based on issues that would elicit a response from them, how our socio-economic issues will be addressed by whoever emerges as the successor to Buhari among them in the next general report. election.

Dr Ajia’s warning that this is the only time politicians listen, and that Nigerians should not fail to capitalize, to ask them those hard questions on issues that would be used to compare them at the end of their mandate, is a good time.

Opinions expressed by contributors are strictly personal and do not belong to TheCable.